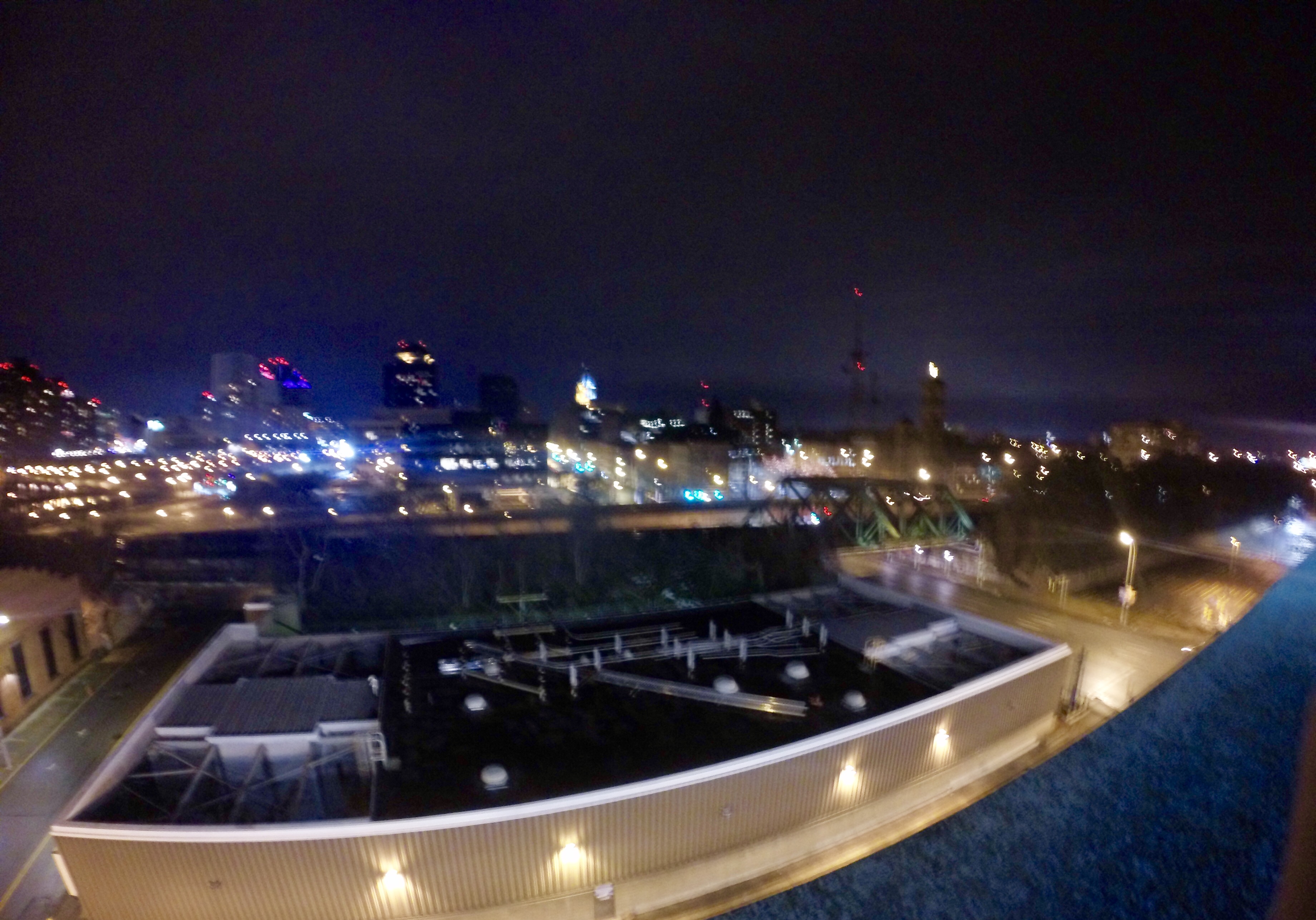 In my last trip, just a day after New Year’s Day, my friend David and I went on a spontaneous road trip to his city where he lives while he goes to college, Rochester, New York. He asked me to come with him to visit his city. Since the location was fairly close to Canada, I suggested to him why don’t we also go visit Canada?! There, for 5 short but well spent days, we explored Rochester, NY to Niagara Falls, Canada to Toronto, Canada and back to Rochester, New York.

Mind you, I’ve never been to upstate New York before this. After driving for 5 hours straight, I was instantly relieved to arrive. I felt tired but yet so excited to start new adventures with a friend. We had to pass by the Pocono Mountains and Syracuse, NY to get to this city.

When we arrived at his house, he showed me around. His house was colored this beautiful farmhouse red color and had a very historical looking exterior. Originally we were planning to go ice skating at night but we found out the ice skating rink was no longer open that night sadly. So we proceeded to go eat in this Mediterranean restaurant, which he actually discovered after he landed an internship, called Cedar Restaurant. The food was really delicious and filling! I left that restaurant with a full but happy stomach haha.

We drove around after in “the city” and admired the beautiful Christmas lights that were still being displayed. He showed me this bar that also hosts drag queen shows but we didn’t end up getting a drink. He took me to the top of a parking lots building and showed me the peaceful view overlooking the city. Behind us was the Kodak building, the 19 story skyscraper that is the headquarters for Kodak company. The next day we were already planning to leave to go to Canada. Once our Canadian trip was over with, we headed back to Rochester, NY and stayed the night before driving another 5 hours home. While there isn’t much things to do in the dead of winter in this city, I’m sure it can be lively as told from his stories. The morning we were leaving Rochester, NY, he took me on a tour to his huge college (Rochester Institute of Technology) and to a huge Wegman’s and to a huge liquor store (I’m talking about half the size of Costco in Jersey!), where we bought a bottle for my birthday in the following weeks. We passed by these pretty modernly designed apartment buildings. I hope I’ll see Rochester again and get to explore more of upstate New York’s beauties sometime in the future (hopefully the luscious nature part!).

Visiting Gatorland in Orlando, Florida and Being Surrounded by Hundreds of Alligators

6 Cool Things To Do In San Diego, California

How To Explore Chicago, Illinois in Two Days