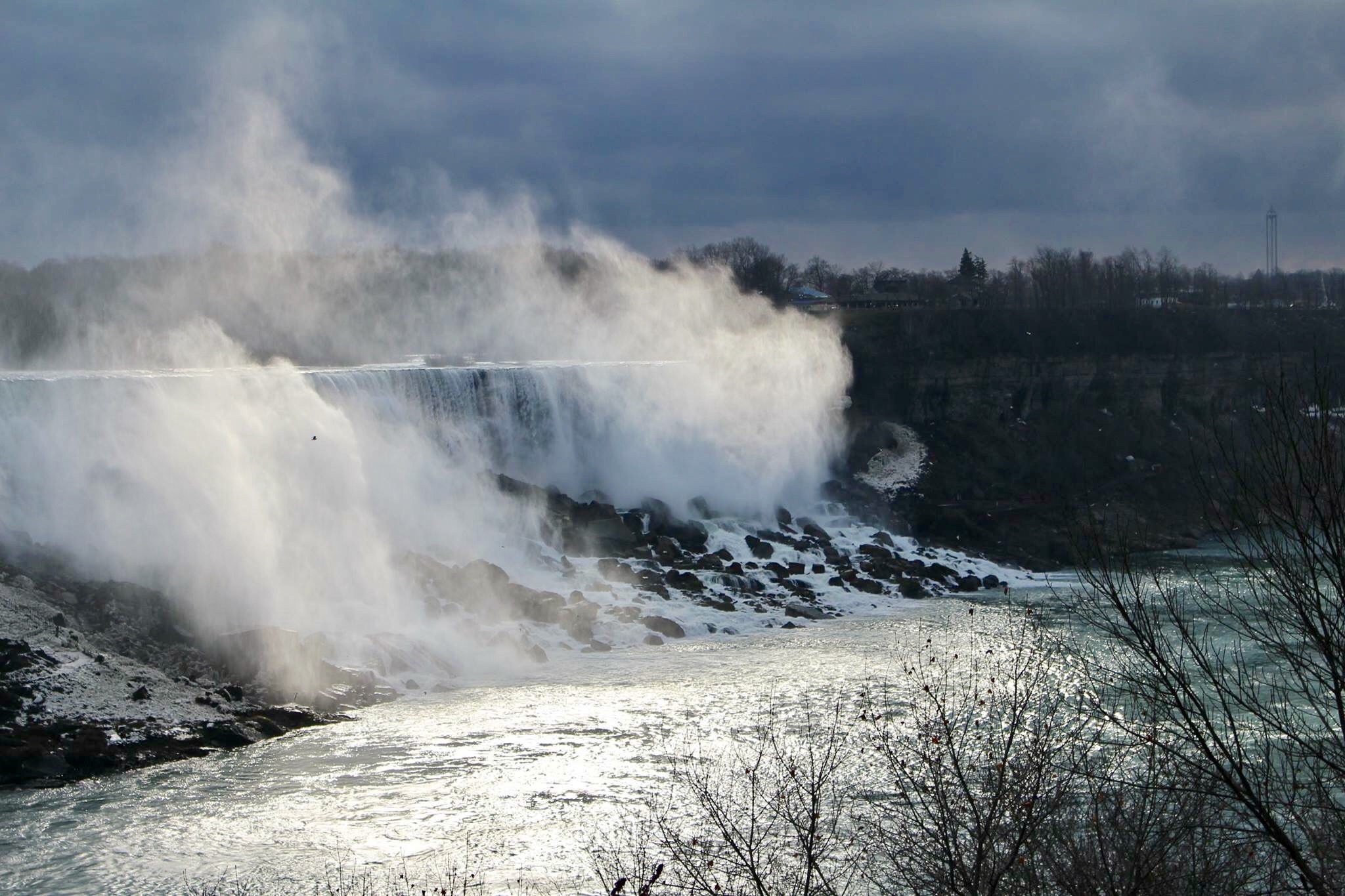 There’s so many wonderful places that many of us probably been to in our childhoods. Revisiting one of those places is just as good when you’re an adult. I love Canada, having been there about 3 times, these are friendliest people you’ll encounter and the cleanest places you’ll go to. Last month, my friend David and I took a road trip for 5 short but well spent days to where he goes to college in Rochester, New York and to Niagara Falls, Canada then to Toronto, Canada and back home. 16 hours driving back and forth, to us, was worth it. This part is on what we did in Niagara Falls.

When we first got there, it was at night and it was pouring. We had just arrived to our bed and breakfast, which was found on this cool site where you can rent out other peoples’ homes and find things to do anywhere on Airbnb.com. We were kind of confused as when we first rang the doorbell to get in, there was no one there to open it or at least have heard us. We called up the guy who was letting us stay for a night in his bed and breakfast and we found out we had to go to this neighboring home, which is another bed and breakfast house around the corner of the adjacent street, and meet his assistant. His assistant had made David and I sign the contract and we were able to pick and choose the breakfasts that would be cooked for the following morning. She then went to where our bed and breakfast house was and opened the doors for us and showed us our room.

Our room was basically the size of my own bedroom here in New Jersey. It worked to just sleep in for a night and there was a bathroom attached to it. We had bought tickets on Groupon.com to go have dinner and see the Skylon Tower, which is a popular attraction to see in Niagara Falls — it’s a good way to also see the Niagara Falls. I called the place in case asking about reservations and this woman told me that all the reservations were booked for the night and I told her I had bought tickets on the Groupon site. To my disappointment, she said that that promotion deal wasn’t allowed to be used until a couple days later (we weren’t going to be in Niagara Falls for that long).  I had quickly went back to Groupon and requested for a refund by them. That’s something, you as a tourist, have to be careful about when trying to purchase a promotion deal. Please read carefully before proceeding. We decided to explore the city part of Niagara Falls for the night. This part of my childhood was what I clearly remembered. The lights were so bright and each part of this town was entertaining. It’s a perfect stop for tourism. We didn’t go in any of the entertainment stops (there was a haunted house, wax museum, etc.) due to trying to save our money but I’m glad I already experienced that when I was younger. You could even see a Burger King all decor-ed with Frankenstein. You feel like you’re walking straight into an amusement park when you get here.

David and I were hungry so we stopped by Boston Pizza, a great Canadian pizza chain where you can make your own pizza or select one from their menu.

Afterwards, we just walked around some more and looked at the bright entertainment places around us. David entered into a casino so he can get some Canadian money. We walked into a confectionery store, which also has delicious desserts, and I ended up buying two macaroons. I got them in eggnog and birthday cake (because it was a week before my birthday!) flavor and mmm, they were so good especially the birthday cake one.

Afterwards, David and I went to Ontario’s Niagara Parks and took a stroll around. Since the holidays have just passed by, there were beautiful holiday decorations being displayed in the park. We just walked around, hearing the Falls nearby, and admired the decorations.

It was just so peaceful walking there in the fog at the park. I really felt like it was a magical Christmas night.

After that night, we went back to our bed and breakfast. The next morning, enjoying the lovely balcony view, we went to the other bed and breakfast place to have breakfast. We were accompanied by the hosts and other tourists. David ate a ham and cheese omelet and I had strawberry and creme crepes.

Here are some pics taken on my iPhone:

Here’s a picture of the Falls taken by my Canon: After seeing the Falls, we took an Uber to take us back to the city where we were last night. We walked around some more and then decided to go to the Sky Wheel, as our last thing to do in Niagara Falls before leaving the city. We took another Uber to take us to our bed and breakfast to pack our stuff up.

Overall, Niagara Falls is a great city to explore. When you go in the small city, you’re surrounded by a number of restaurants, bars, and entertainment places. It is a family friendly place and perfect for your kids (if you have any) and sight seeing. It’s a different feeling visiting a place when you were young to being an adult and understanding things better. The Best and Entertaining Firework Shows I’ve Seen (By Far)

9 Best Things to Do In the Bahamas