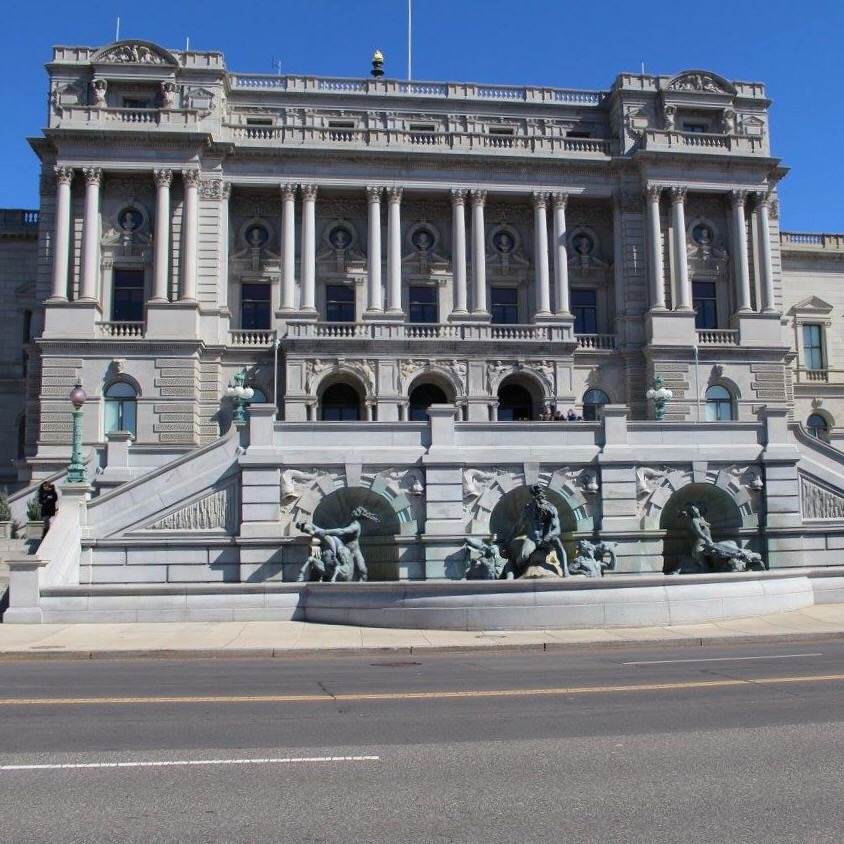 When I was away in Washington DC, my friend let me stay in her dormitory where she currently resides in while she interns in the city. The dormitory is called the Thompson-Markward Hall. It is a place with a rich history and has been established since 1833(!!!). Thompson-Markward Hall (TMH) was a place designed for young women who work for government or law in DC, intern there, or go to school in DC to stay at an affordable place. In one of the days while I was staying in the city, we also got to visit the iconic Library of Congress, another place known for its history.

While the thought of me has never thought of staying at a dormitory place as old as 1833(!!!), I thought that was an interesting part of my trip and one of the things in life that you look forward to remembering. It was my first time sleeping over and living in a place from the 19th century. The dormitory, in my opinion, was a great idea to be built for young women finding opportunities or working on pursuing their dreams. Most things from the lobby to the living rooms was furnished with furniture from the 19th century. It’s astounding to me how much history the furniture alone holds and the oil paintings they have displayed.

The dormitory also holds a library with so many books from all sides of the library room, a computer room with 3 computers, and a dining hall, so residents can have breakfast or dinner in (for guests, it was a simple purchase of $5). There is also a garden with tables outside but unfortunately, I didn’t get to see it.

There is so much history to this place including Eleanor Roosevelt’s appearance to visit the home for a dedication ceremony. There are some newspaper clippings from the 1930’s that were displayed on the wall about this along with the history of the founders.

The Library of Congress

Another place I would like to mention with history is the Library of Congress, a research library that can serve to be a museum too and it was established since April 24, 1800. It’s one of the biggest libraries in the world and holds research materials in more than 450 languages! The infrastructure of the building is wonderful to marvel at like most of the known landmarks are in DC. Its interior is breathtaking too as it has marvelous marble halls and columns and staircase steps, stained glass domes, and murals and paintings.

My favorite places to see in the Library of Congress was the office room, the Reading Room, Jefferson’s Library, and the music room of George and Ira Gershwin.

The Reading Room is one of the most exclusive and beautiful rooms in the Library of Congress. I saw it from upstairs and an aerial view of it; to get down, you would need to have a membership and it’s primarily used for research. Lots of people were photographing it and were talking loud, considering there are millions of visitors that come to see the Library of Congress, so there was a transparent sound-proof glass window built on the top level where visitors can take a sneak peek look at it and while the people in the reading room can still have their peace and quietness.

Jefferson’s Library caught my attention because this belonged to one of the founding fathers and the third president of the United States, Thomas Jefferson. He had collected thousands of books for so many years and while he had so many more that were lost in fire incidents, many of his books still remain in his library exhibit in the Library of Congress. This was one of the coolest things I’ve seen that belonged to a piece of history.

He read books on a variety of subjects and the way he organized his books were sectioned into “Memory”, “Reason”, and “Imagination”, or in other words, in the subjects of “History”, “Philosophy”, and “Fine Arts”. It blows my mind that he read these many books and it was fascinating looking at how old these books looked from the spine structuring. The last thing I saw from the Library of Congress and another favorite part of mine was George Gershwin and Ira Gershwin’s music room. My friend asked me to go see the room and unbeknownst to me, I didn’t know these musical composers actually composed some of the music from old Hollywood musical movies that I enjoyed watching (An American in Paris, Funny Face, and A Star is Born). The composers’ piano is displayed and their music plays in the background as you enter the room.

If you ever visit the Library of Congress, I recommend you check out these fascinating things that I thoroughly enjoyed looking at!

Snow Tubing in a Freezing 11º (And Below) Weather in Lebanon, Pennsylvania