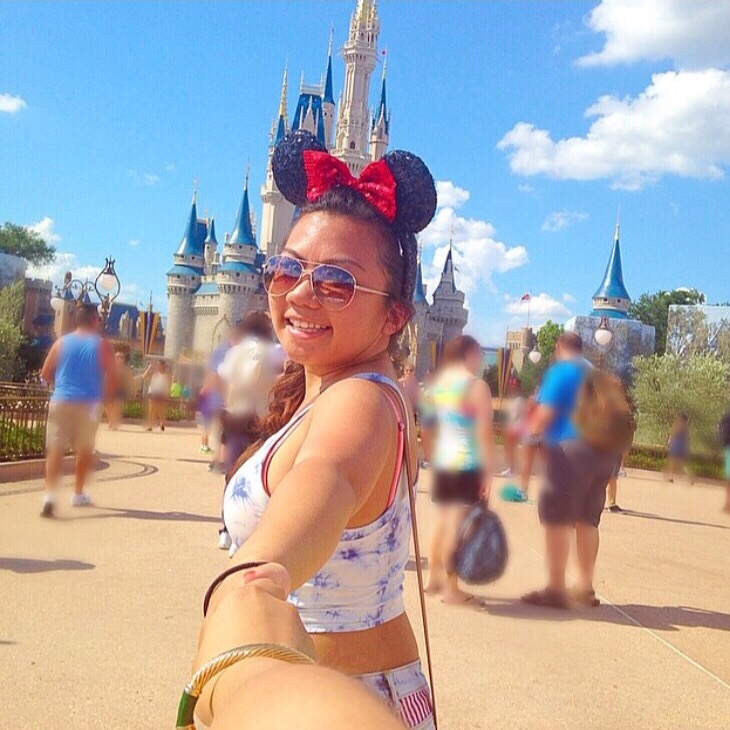 Disney World is known to be “the happiest place on earth”, along with the other Disney attractions around the world. If you’re a Disney lover like me, you’ll love to be in this place and be surrounded by all Disney everything. You’ll love seeing Disney characters from every corner and being able to go on Disney themed rides. Last time I came to Disney World was 2 years ago with my family and 4 years ago when I went to Disneyland. Disneyland gets around 46,000 visitors a day and Disney World: Magic Kingdom gets around 53,000 visitors a day on average!!! This makes Disney World the #1 theme park in attendance in North America and Disneyland in #2. If you haven’t been to any Disney themed parks, from here, I’ll tell you about the good and the bad or what you’ll really expect using my pictures from my last Disney World trip.

Table of Contents show
1 It gets hot and humid. Prepare to be dressed right for the weather.
2 The tickets are expensive! Just for one day too!
3 There will be so many people and crowds of people that will most likely bump into you at any stop you make in the park. There will also be long lines at rides.
4 There’s so many fun goodies to get in the Disney parks!
5 The food will be expensive so make sure there’s enough $$ for you to bring for that or bring your own food. You will get hungry.
6 So many great Disney themed rides, some are just timeless and most are not scary at all.
7 You’ll witness electrical parades or water parades or any parades.
8 The fireworks are magical to see. They play classic Disney music in the background while shooting fireworks.
9 Pin It!
9.1 Liked this post? Share this:
9.2 Like this:
9.3 Related

It gets hot and humid. Prepare to be dressed right for the weather.

Taking place in hot places in America from southern California to Florida, you want to make sure what you’re wearing won’t leave you sweating every where. Not only that, you may have to walk around a lot or stand at one place waiting to go on a ride. Also, you might get surprised with rain showers especially in Florida. The tickets are expensive! Just for one day too!

The tickets are usually $100+ per adult and even reaches almost to that even as a child. Going to Disney themed parks aren’t always something you’ll want to do every day or even once a week because of how pricey it is. This also varies on the seasons and peak seasons. There will be so many people and crowds of people that will most likely bump into you at any stop you make in the park. There will also be long lines at rides.

Since the number of visitors are very high on a daily, you will expect to see so many families, couples, and/or groups of friends all trying to walk to each part of the parks. They will also want to ride on the same rides you want to go on so expect long waits with long lines at most rides. There’s so many fun goodies to get in the Disney parks!

There will be workers offering to sell colorful balloons, Mickey or Minnie mouse ears, to glow sticks for the parades, and to many Disney themed toys and merchandise. There’s so many fun things you might come home with, even for your children or little siblings or cousins.

The food will be expensive so make sure there’s enough $$ for you to bring for that or bring your own food. You will get hungry.

This is a given and like most food being offered at theme parks, it will be quite expensive to get your hands on simple food like french fries. You are, however, allowed to bring in food for yourself so I recommend packing up lunch and dinner for you to eat if you’re not willing to spend $$ for it from there. Just make sure not to bring in food that requires heating.

So many great Disney themed rides, some are just timeless and most are not scary at all.

Disney is very family-friendly so their rides will not be the ones you find at Universal Studios or roller coasters from Six Flags. There will be rides with roller coasters and splash rides but not extreme. You might see It’s a Small World, which I’ve went on many times as a little child, and still stands to be one of the classical rides there is.

These are the highlight for some and they are certainly a joy to watch. People will flood around when they know a parade will be coming their way on the street near them and reserve a spot to watch them. When the parades start, you’ll see your favorite Disney characters taking a stroll or standing on a float, waving at you, and just being there while being in character. The electrical parades are cool to see because they have lights on their floats and my favorite was seeing the dancers do their live-action dance as couples for Cinderella’s part.

The fireworks are magical to see. They play classic Disney music in the background while shooting fireworks.

The fireworks are pretty epic that I listed the Disney parks’ fireworks as one of my favorite firework shows to see.

So overall, Disney World and the Disney theme parks all have their perks and the things that make it not so enjoyable. I still recommend that you at least visit one of the theme parks at least once in your life just to see what it’s about and if you are still that child-at-heart. I would say it can make you happy at times and it won’t, but it will most likely make you happy as it’s an experience you got to try. It’s perfect to bring your friends and family to have quality time together.

14 Beautiful Places to See in Arizona

6 Cool Things To Do In San Diego, California