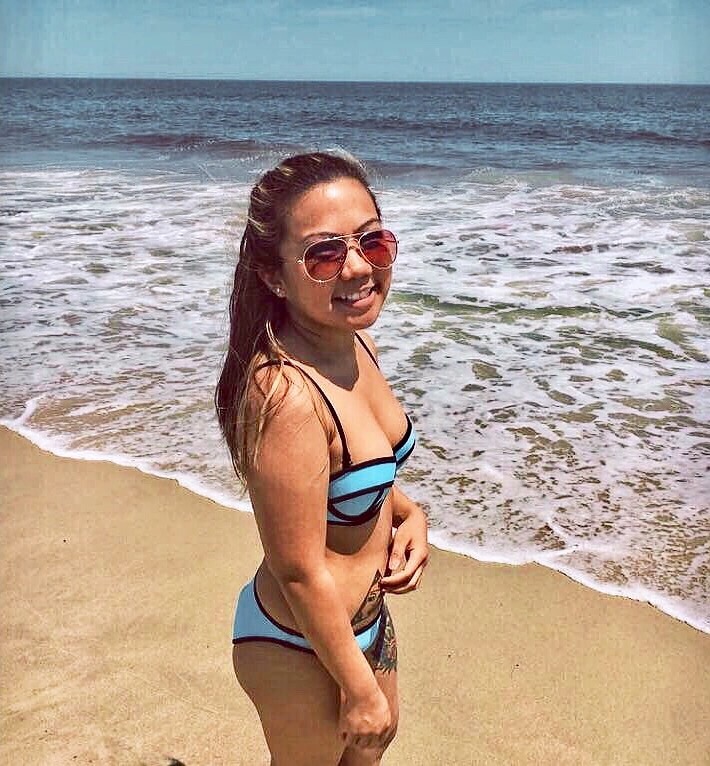 New Jersey, my home state, is not known for having the most beautiful beaches in the country or on the east coast, but many people from New Jersey or visiting New Jersey often find themselves spending time by the Jersey Shore, especially when summer rolls around. I have to say that no matter what conditions the beach has, it’s a therapeutic place that many can find comforting to be at or to keep them busy doing activities on those long hot summer days. The boardwalks by these beaches in the Jersey Shore are what makes these beaches more prettier and very lively.

To be honest, being at the Jersey Shore is not exactly the type of beaches that I prefer to be in but I really have no choice to enjoy any other ones since it’s locally close to me. It’s actually horrendous to find parking in the summer and the beaches are almost always so overcrowded. I can assure you that everyone wants to go on the good hot days and you will be stuck in traffic for a while, driving around endlessly until you find street parking or you will be inches away from a group of people when trying to lay down on the sand in the beach. Not to mention, you have to pay to have access into the beaches. That’s just the reality but our beaches are also what gathers families, friends and couples around to have a memorable summer day they can remember.

Living in this state for all my life, I have constructed a list of what I think are the best beaches and boardwalks in New Jersey that are worth visiting (in no particular order):

The “sin city” of New Jersey and the place for all casinos and the night life is Atlantic City. One of the most famous boardwalks known in the entire country, the boardwalk of Atlantic City is over 4 miles long and opened long ago in 1870. This boardwalk was so prominent in my childhood as I spent my beach days there and weekends with my parents. The boardwalk has so many souvenir shops, arcades, classic candy shops and casino hotels attached to it. It also has a mall that extends out to the ocean and an amusement pier. The beach water is calmer than some of the beaches in the state but its water is certainly not blue, it’s green but the beach is pretty clean. What is great about these beaches is how you don’t have to pay for badges/passes to access them.

Wildwoods is about an hour away from Atlantic City and it’s nearly on the bottom tip of the state. Having been here only once in the weekend of my prom, I remember it as being a long 2 mile boardwalk and a very longgg stretch out to the beach. The boardwalk has stores from candy to foods, water parks and an amusement pier. The beach water is very calm and you can walk for a few feet away until you actually get somewhere in the ocean. The boardwalk is very family friendly and there will be some entertainment going on. A really nice but not-too-long of a boardwalk lies here in Point Pleasant. This mile-long boardwalk is called Jenkinson’s Boardwalk. It has an array of candy stores, ice cream and smoothie shops, beach merchandise stores, arcades, an amusement pier and other entertainment spots like miniature gulf and bars and grills. I am not a big fan of the beach as its beach can get very crowded in the early mornings and the water can get rough but the boardwalk is definitely great to spend your mornings or noons here. If you park far from the boardwalk, you’ll find beautiful beach houses and Lake Louise nearby when you’re walking towards the beach.

This one is one of my most frequently visited beaches due to its location being the closest near me. Long Branch Beach doesn’t have a boardwalk themed like the others but rather it has a village-like, outlet-like setting called Pier Village. In Pier Village, you can expect to find boutique stores, food shops and luxurious oceanfront restaurants. The beach gets really crowded on nice days and weekends but somehow, the beach feels like it’s a trusted place to just leave your belongings to go for a dip and it’s a really nice one and you won’t expect to find shells to step on for this one. You won’t expect to find any entertainment for the children here except in the summer on Sunday’s when they play some movies on the beach (sometimes movies for children). This beach has golden colored sand that makes it distinctive. 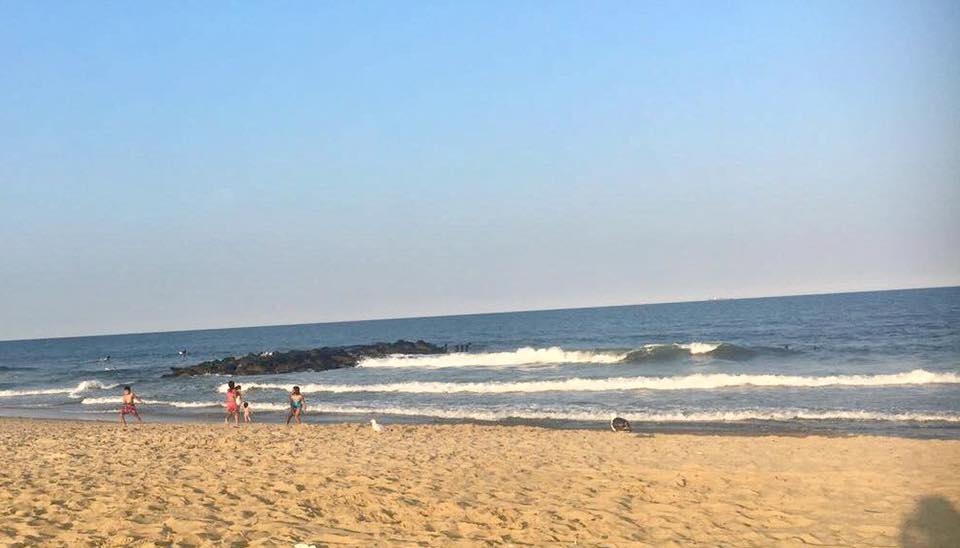 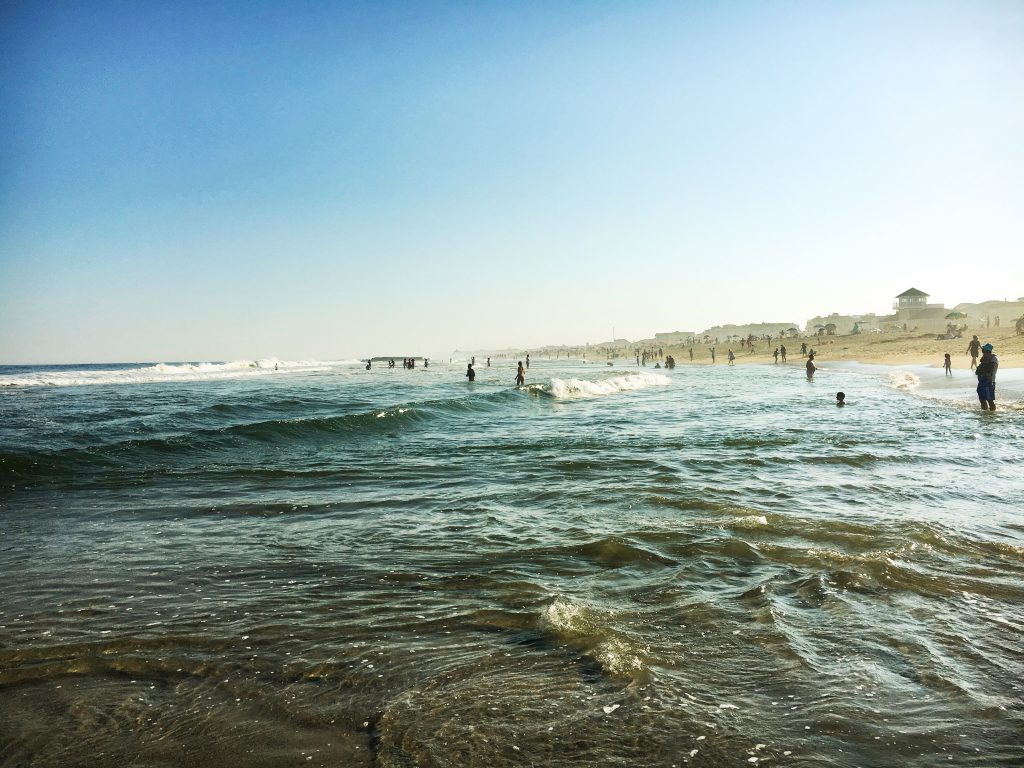 Another one of my most frequently visited beaches and one of my favorite ones. There’s a number of sections dividing the beach into avenues but my favorites are on Ocean Avenue/16th avenue. Around there, you can find little restaurants and shops that are outside the boardwalk and by the streets like a little beach town. The boardwalks just consist of the bathrooms and the badge/ticket booths.  When you’re walking towards here, you can expect to find beautiful colorful beach houses. The beach consists of golden colored sand like Long Branch. 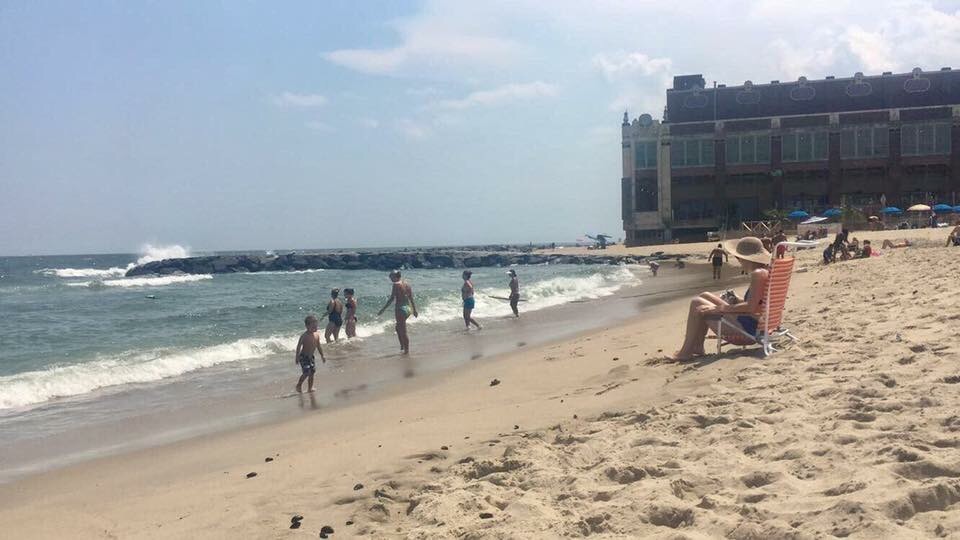 One of my favorite beaches and boardwalks. It has a historical and classical boardwalk look to it, which can explain that this boardwalk has been around since 1871. This boardwalk used to have big names from the rock music industry perform in areas nearby the boardwalk like The Stone Pony, The Paramount Theatre, The Wonderbar and The Convention Hall (according to APBoardwalk.com). There is a variety of little restaurants or food booths and boutique shops on the boardwalk and every once in a while, there is always an event being hosted in the boardwalk. I love the beach here; it’s divided by the Convention Hall building that you see in the picture and you can go on either side.

If you used to watch the MTV show The Jersey Shore, this is where it took place but I can assure you that the Italian-Americans are nothing like the way that group of people portrayed themselves. Seaside Heights is a 2 mile long boardwalk and you can find arcades, candy machines, pizza parlors, pubs, food booths and merchandise stores. This is a family friendly place since it has an amusement pier called Casino Pier with many rides and games to play in. The amusement pier has survived many atrocities like a fire burning there years ago from an ice cream shop that spread and during Hurricane Sandy, the roller coaster was dragged out into the ocean but it’s been restored to look better. I remember spending many years consecutively here to watch the fireworks with my friends for 4th of July and those were the good times. 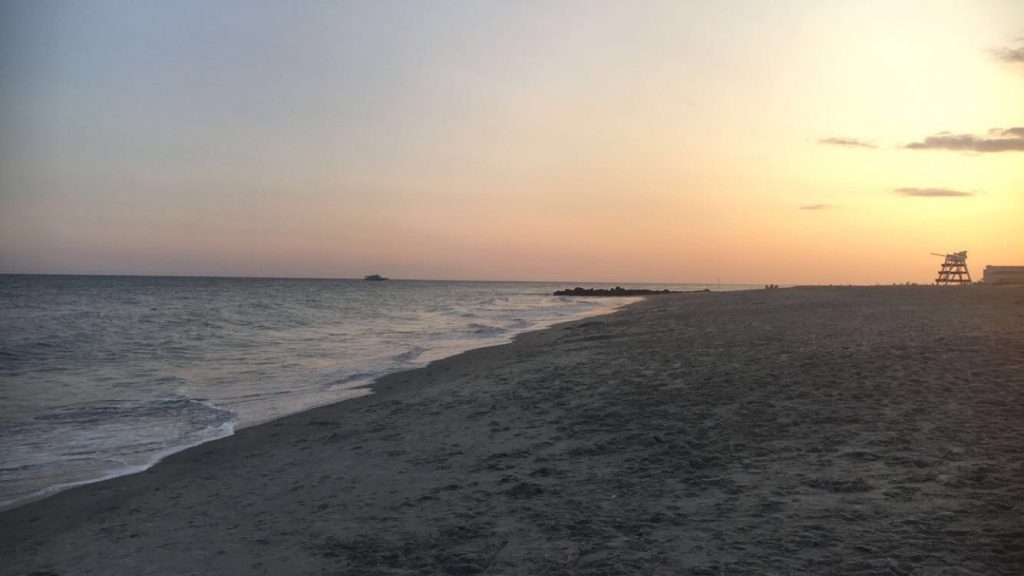 This is by far my most favorite beach in the whole state. I love the southernmost tip of New Jersey and that’s where Cape May is located at. Cape May is a historical beach town with Victorian-styled homes found along the coast. The beach was once voted as the best family beach in the nation. It may not have a lively boardwalk with an amusement pier or stores and restaurants lined up next to each other like the others but its beach is seriously the best. The water is calmer than the other beaches and lacks harsh waves and depending where you end up, you might find cute cabanas to lay around under. It also has white soft sand.