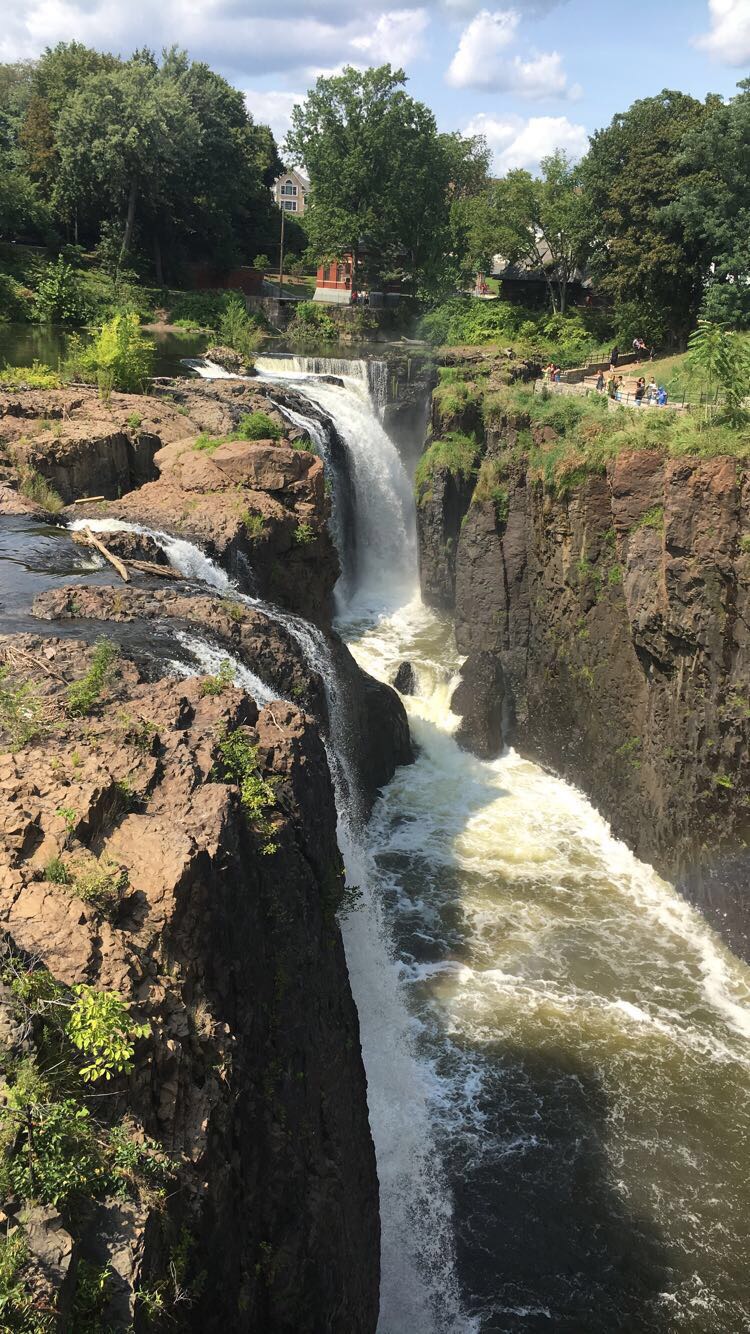 The city of Paterson, NJ is one of the cities that changed some of the advances of the nation. It’s also known for the start of the industrial revolution and one of the biggest symbols in the state of New Jersey of this are the Paterson Great Falls.  Behind its rich history, it’s no doubt that I had to visit this national park just once as a long-time resident of my state.

Alexander Hamilton, one of the founding fathers, noticed and was concerned that there was a lack of industry in the country and that is because during the colonial times and according to the English law, putting out industries were prohibited. Hamilton didn’t agree with that and thought a strong industrial system would help the country in powering ways. So in 1792, he created this investment group called the SUM (Society of Useful Manufactures), where their funds will go to building an industrial city. He purchased 700 acres of land in Paterson near the Great Falls, and afterwards, more and more manufacturers were coming up from mills to railroad locomotives to making paper and to so much more.

Here is inside the Gift Shop with quaint merchandise/souvenirs:

Inside the park where you can see a look out of the falls afar: My boyfriend and I, whom we both visited this place together, then had to walk around to cross a bridge to see an up close view of the falls. Haunted Houses To Visit This Halloween

Snow Tubing in a Freezing 11º (And Below) Weather in Lebanon, Pennsylvania