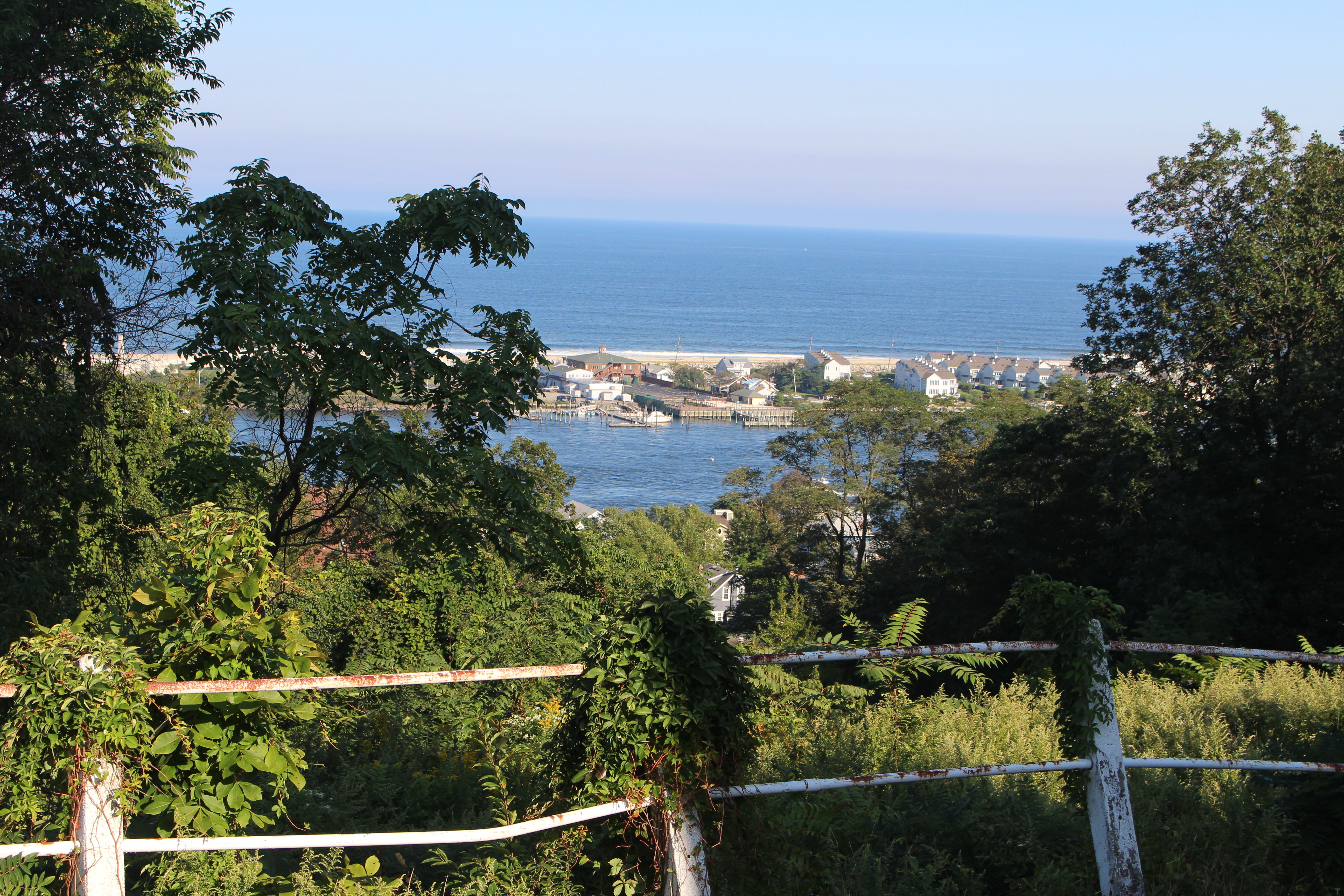 Last weekend, my friends and I embarked on a day trip to a place not too far from us. Located in Highlands, NJ is a lighthouse that is split into two. Navesink Twin Lights has a non-operational lighthouse that also connects to a small museum. If you’ve been to New Jersey or have heard about it, you’ve probably also heard of Sandy Hook Bay, a bay that connects from Monmouth County to lower New York and are split by the land of Sandy Hook. The Twin Lights, on Navesink Highlands, overlooks Sandy Hook Bay and on a clear day, you can sometimes spot New York City across from it. Located on top of a hill 200 ft above land, we entered to the Navesink Twin Lights. One of the lighthouses, the original lighthouse, was built in 1828 and the other lighthouse built after was built in 1862. They were also the first electrically powered lighthouse in the country. In 1935, the U.S. Army was field testing a radar, which was called Mystery Ray then, here and the experiments with this radar helped allies win WWII and helped jetliners safely fly and share the sky together. In retrospect, the lighthouse has a rich history that you get to read about and witness through their collected artifacts in the museum before the Civil War time and after. After walking around the museum, we walked outside of the Twin Lights to enjoy a beautiful view of the lighthouse overlooking the bay on the hill. We wanted to then go out to eat somewhere for dinner so we drove across the bridge that you see on the picture above and one of the food places we chose to go to was located in Sea Bright, a beach town in New Jersey. The beach town reminded us remarkably of Cape May and other beach towns we have came across in the past. It was honestly a nice and quiet town. We found this bench that was designed and entirely painted to look like a mini house. It even had see-through windows. Super adorable and talented! We decided to eat at a famous burrito chain in New Jersey called Bubbakoo’s Burritos because everywhere we tried to find to eat, it was really pricey due to the high volume of seafood restaurants and those with oceanfront views.

We all opted for the taco salad bowl and this tasty soda called Stubborn — I got the Lemon Berry Acai! Yum! And to end the day, we checked out the beach (if you’re going to visit a beach town, you have to at least check out the beach even if you don’t plan to take a dip!). It was mesmerizing to witness since you can see the reflection of the cotton candy colored skies to the lagoon that was in front of us.