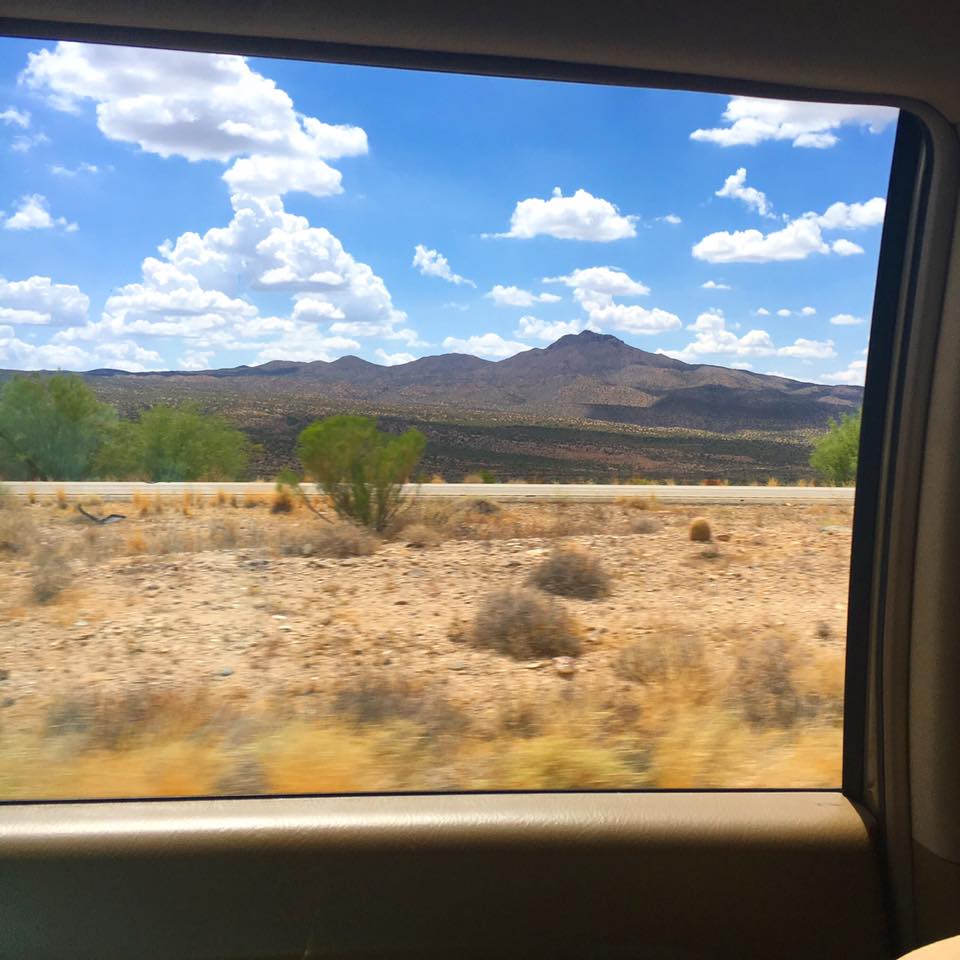 Known as The Grand Canyon State or The Copper State, Arizona is one of my favorite states because it’s one of the most grand places to see. Its areas are attracted by tourists from all over the world and not just to see the famous Grand Canyon, which is known as one of the Seven Wonders of the Natural World, but because it has a culture that remains unique to other states and has so many other breathtaking places to come across. The state will soon be my family’s home and I will probably have to visit them at least twice a year while I stay back here in The Garden State (New Jersey). When I was younger and up to when I was older, I flew back and forth from the west coast from the east coast a couple times because a lot of my family resides there. Two summers ago, I visited Arizona for the first time with my family and we set off to a road trip for a couple days throughout half the state (it’s the 6th biggest state of the country!).

This state will not disappoint you and it’ll be a fun ride to take on. Here are the top reasons why you should road trip around Arizona:

Table of Contents show
1 There’s a beautiful view of the deserts and mountains to look outside of your window anywhere.
2 Yes, there is snow in Arizona. It’s not all that hot everywhere.
3 You’ll see cacti (plural for cactus) everywhere.
4 You can visit the Grand Canyon.
5 You’ll pass by national parks, forests, and monuments. That’s how wonderful the state is.
6 Arizona is a picturesque place — and a place to take wonderful photography in.
7 You might come across flash flood warnings and sandstorms — not that those are fun to be in but it makes the trip more spontaneous to witness. Also, you don’t have to worry about other natural disasters.
8 The sunsets in Arizona are stunning.
9 If you have wanderlust, Arizona will certainly fulfill that for you.
10 Pin It!
10.1 Liked this post? Share this:
10.2 Like this:
10.3 Related

There’s a beautiful view of the deserts and mountains to look outside of your window anywhere.

Arizona, one of the driest states, will have luscious copper colored mountains and vast deserts that will wow you. It’ll wow you even more when you hike them or get up close and personal with them. If those wasn’t nice enough, you’ll also discover mountains with snow on them (the highest mountain in the state called Humphrey’s Peak has an elevation of 12,633 ft — it’s located in Flagstaff and it’s incredible!). Yes, there is snow in Arizona. It’s not all that hot everywhere.

Especially in the north where Flagstaff, Arizona is located. It was a complete shock to me since I assumed the southwest would be blazing hot and dry (as most do too). There are also pine trees there and not just the cacti you’ll find there a lot! We were caught in a hail storm and we had to wear light jackets (I specifically bought a jacket from there) for the 60 degree weather there at the time. But I had to grab my iced coffee (my personal fave) for the long road ahead after stopping by Flagstaff for one night. The cactus plant is one of the more interesting succulent plants since they can collect water. You can find them, especially the Saguaro species — which can grow up to 40 ft, basically throughout the whole state. You can visit the Grand Canyon.

The famous Grand Canyon is one of the sights you’ll have to stop by and see if you’re going to the state. I, unfortunately, did not get to visit this natural wonder even though my family and I talked about going to see it since the start of our trip. When we were about to end our trip to the state and head to Las Vegas, Nevada after, we decided to drive out there 5 hours away from my uncle’s home but we actually drove to the side of the tourist attraction (the Skywalk — avoid it!) where we were all required to pay more than $100+ for a bus tour and to the actual attraction. It was such a disappointment to me but I know that I’ll have so many more chances I’ll get to fly out there and see it.

*Update as of 2018: I actually finally did get to see the Grand Canyon on my birthday and that was a blessing!

You’ll pass by national parks, forests, and monuments. That’s how wonderful the state is.

Like I said, Arizona is full of nature — beautiful nature in every part that is. You might be passing by former goldmines near the Superstition mountains to the Red Rocks of Sedona. There’s always somewhere to look for out there. Arizona is a picturesque place — and a place to take wonderful photography in.

With all the landscapes of mountains, volcanoes, flatland, lakes, and deserts and famous spots you’ll be at, it’s always a picture worthy moment. Even with the food and trinkets you’ll find! You might come across flash flood warnings and sandstorms — not that those are fun to be in but it makes the trip more spontaneous to witness. Also, you don’t have to worry about other natural disasters.

We actually came across these along with heavy hailstorm and rain through Flagstaff. I saw a sandstorm happen from a far though. The good thing about Arizona though is you won’t have to worry about tornadoes, hurricanes, major floods, and earthquakes like other states have. Therefore, you’ll feel so much more safer; just look out for flash food warnings around your area! The sunsets in Arizona are stunning.

There’s nothing like the sunsets in the desert. After all, the state has more sun than other states like Hawaii. From red/orange colored sunset skies to cool blue/orange skies, who doesn’t like looking at sunsets? Plus, you’ll take some great photography of the skies there. If you have wanderlust, Arizona will certainly fulfill that for you.

You’ll be able to feel a different culture like the Native American Navajo tribe, which is one of the biggest tribes of American Indians residing in the Southwest. They have land that is reserved and considered sacred for them and some of them require their permission and a fee to enter. It’s worth it though; it’s all wanderlust worthy! Your trip will be one of the more memorable road trips you’ll take and has that all-American southwest feels to it. If you’re not anywhere from there, the road trip will definitely feel new to you and cleanse your spirit a bit. Being in that state alone, you’ll feel just how big our world is. I have so much more places to see in this state and when I come back again very soon, I can’t wait to share with y’all where I headed to! It’s going to be life-changing to be able to have the privilege to experience it all over again and again and again.

6 Best Roads In The USA To Drive Through This Fall