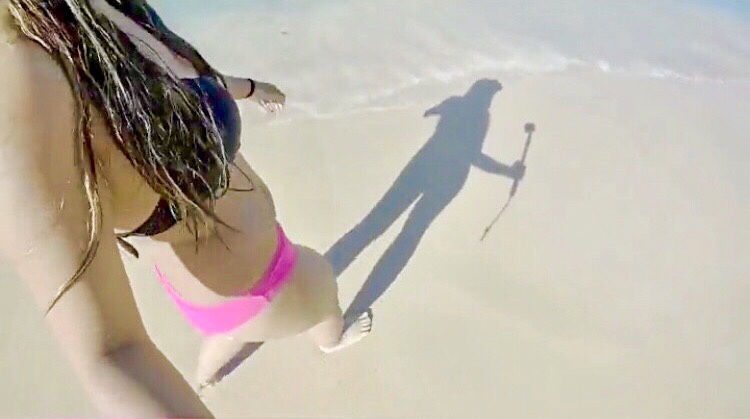 As you guys can see, I have revamped the whole website with a new layout! I decided to take the plunge to reinvent From One Girl to One World with some new refreshing colors and to make it more sleeker than ever. I do miss the old layout but I figured I would have something that can make some things on my blog truly stand out.

Aside from that little announcement, no matter where you’re heading or what you’re planning to do, we all know traveling isn’t always so possible without sacrificing things and fully making traveling a priority among your other priorities. I am certainly not a person made out of money, in fact, I’m quite the opposite. Many people wonder how can a college student, who’s usually so broke and young, get the opportunity to travel. I am still figuring out how to do that because I have yet to go more abroad and grasp on traveling the big world we know of. What I do know is that for years now and recently, I’ve made changes to the way I do things and got rid of habits by altering my lifestyle. I’ve noticed that I have sacrificed a great deal of daily things as a part-time traveler, full-time busy student. I’d rather much trade in things that are such temporary satisfactions to more life-changing experiences and satisfactions and for the benefits of a life of adventure.

There are things that you might not want to sacrifice but it’s ultimately up to you on what you believe those should be. Even though, there are many things that we can admit that can be easy to let go or even not go after in able to fully commit to saving for the many places you want to explore. After all, as an average person, I can’t afford everything and have it all.

Here are some things that I’ve personally sacrificed for travel in able to save:

Table of Contents show
1 1. Going to Music Festivals and Concerts
2 2. Buying the Latest and Newest Gadgets
3 3. Shopping for New and Trendy Clothes
4 4. Buying Other Luxurious Things
5 5. Buying Coffee to Go Frequently
6 6. Getting My Nails Done
7 7. Going Out to Eat Frequently
8 Pin It!
8.1 Liked this post? Share this:
8.2 Like this:
8.3 Related

1. Going to Music Festivals and Concerts

Okay, this is probably something a lot of people love. However, it’s been such a long time for me since I’ve attended a concert. I love concerts, as you can tell from here, but I don’t prioritize seeing my favorite artist anymore in my plans like I used to. I really enjoy music and it’s something I listen to on a daily but most concerts, especially with big-named artists, are not cheap. I am a huge EDM (Electronic Dance Music) lover but I haven’t been in one of their music festivals for who knows how long now but I remember how the tickets used to be a hundred to hundreds of dollars. Those are a lot of bucks and I traded this to put into exploring new places. Not to say that there aren’t concerts or music festivals that aren’t in a place you can travel to, which is probably even more awesome when you can get the best of both, because there certainly are but that is just extra added expenses when you can experience other things, maybe more than one, in a new city.

2. Buying the Latest and Newest Gadgets

I still have my iPhone 6s for more than three years now, even though we all know, a bunch of other new iPhones came up. I actually felt like at one point, especially when I noticed my phone battery was quickly dying, that maybe it was time to get one of the newest iPhones but I saved myself from that and I got my phone’s battery fixed for $29 when Apple decided that battery changes will be that much after their crisis. That being said, you can tell I really don’t care to buy the latest and newest gadgets, even though tech stuff really intrigues me. Also, a year ago, I had to buy a new laptop and I decided to buy one that was affordable for me at the time. I would be that one in a hundredth person that had an Acer laptop sitting in class among all the MacBook users. Another thing, when I wanted to get my first DSLR camera, instead of spending money to buy a new one, I bought my sister’s used but in great condition camera.

3.  Shopping for New and Trendy Clothes

I used to be so big in shopping, as you can read here, that when I got my first job, I would be spending my paychecks just to get a new outfit I can wear. It was ridiculous. I did, however, learn that it’s not worth spending a huge chunk into clothes. I am now a constant outfit repeater and I’m fine with it.

Those things can mean items like watches, shoes, jewelry, and etc. I just try to avoid getting those things and even though, I used to be impulsive, 100% part of me feels really glad I no longer work in retail and hopefully, don’t ever have to again. I’ll sacrifice looking very trendy for experiences.

I love coffee and I have an addiction to it, to be frank. It’s one of the only things that keeps me going as the days blur. I used to spend every morning from my last jobs just to have coffee I could’ve brewed at home or iced brewed coffee that I could’ve bought from a store as a gallon and would cost me the same as one cup bought from a cafe.  I also used to hangout a lot at Starbucks with my friends years ago and felt tempted that I needed to buy a drink each time we went out. Plus, if you’re always buying coffee every day, it adds up especially a cup of coffee from Starbucks or Dunkin’ Donuts. Now, I get my coffee for free at work and brew myself a cup of joe each morning I go in. 6. Getting My Nails Done

Having pretty tips and designs on your nails are actually part of luxury. Getting a person to help you maintain them or keep them lookin’ groomed costs money though. It’s easy to spend $25-$40 for a full set of tips on both hands. Since my senior year of high school, I used to love getting pretty nails but nowadays, I am embracing my nails short and lacking any nail polish on them (besides, my nails grow long faster than normal!). If I wanted my nails to look all stylish, I’ll simply paint my own nails with my own nail polish. I don’t even remember the last time I went to the nail salon!

7. Going Out to Eat Frequently

I didn’t completely take this out of my plans but I absolutely try to do it less as possible now. I admit and so do my office mates that we really need to stop buying lunch as often but majority of the time, I make and bring in my own lunch now as much as making my own breakfast and dinner. I try to not have plans to go out to eat for dinner with friends as often because it can put a dent on your pocket. In fact, the average American eats an average of 4.2 meals outside per week… in the nation, that’s like 4-5 times a week on average. Although, restaurants aren’t complaining.

What sacrifices have you made to be able to live your life of adventure and unplug from the chaos?

How To Create A Travel-Themed Graduation Celebration

The Outdoors Vs. The City