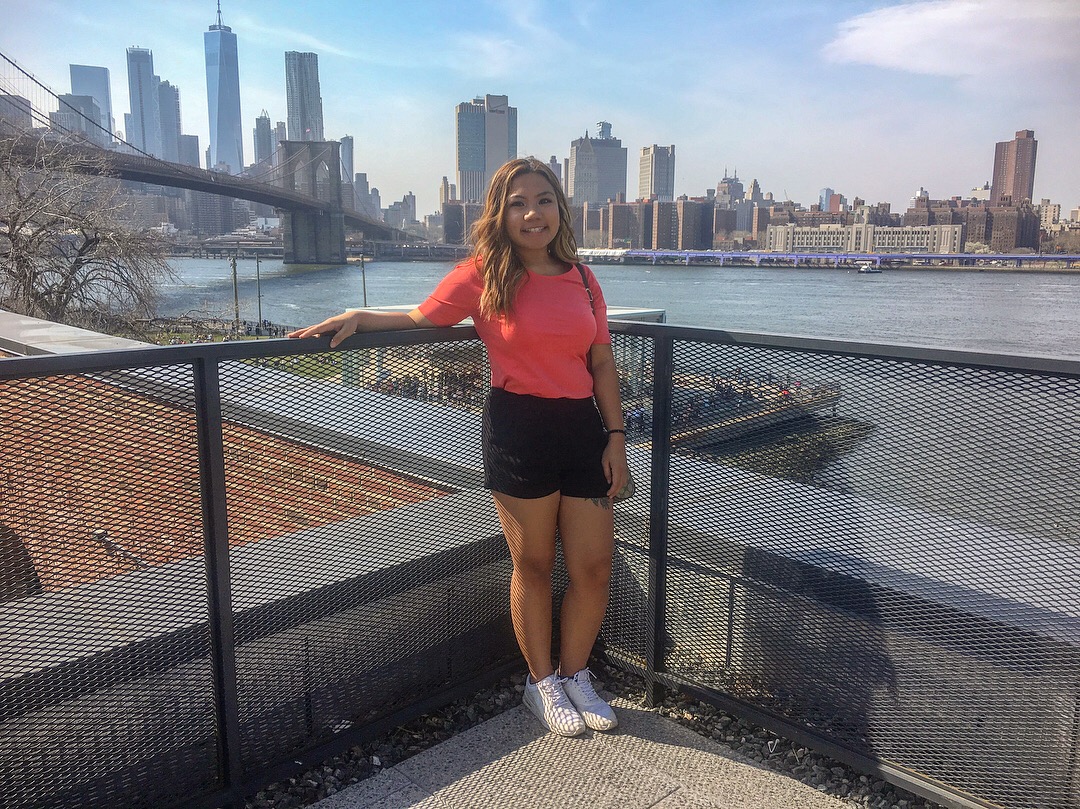 My friend Leslie, her cousin Kelsey, and I explored the side of Brooklyn in New York that I’ve actually never really seen up close (Dumbo, Brooklyn) and the experience was humbling. During April in the Northeast, you can expect unstable, different weather patterns. It’s usually more colder here with some snow still occurring in the month and lots of rain. I mean, April showers do bring May flowers, right? The other day, we were lucky to finally get a taste back of summer by experiencing a sunny 80° weather and I knew I had to take advantage of it.

Wow, ALSO, this is my 100th post ever made on this blog! Who knew I would write that many things on here? Insane! Writing makes me happy and even happier to share these stories with you. 😉 We first checked out Dumbo, Brooklyn. This place, as I was told, used to be nothing like it is now — a city that is now worth millions of dollars for people to live in. The city does not consist of the brownstones you’ll see in other parts of Brooklyn and it’s not the luxurious glass condos and apartments like you’ll discover in Manhattan but its history is rich in the industrialization of America.

Dumbo (also known as ‘Down Under the Manhattan Bridge Overpass’) used to be full of old factories and warehouses that was converted into luxury living spaces, art galleries, theaters, and places that would bridge people together towards a more living and social atmosphere. Dumbo was founded as the perfect place for shipping by Robert Gair and that’s how all those factories, warehouses, and dock storehouses were built there in the beginning and how this place developed to be one of the most expensive neighborhoods in the city proves how crazy time can bring. How To Explore Buttermilk Falls: The Tallest Waterfall in New Jersey

Why Musikfest in Bethlehem, Pennsylvania is One of the Best Music Festivals