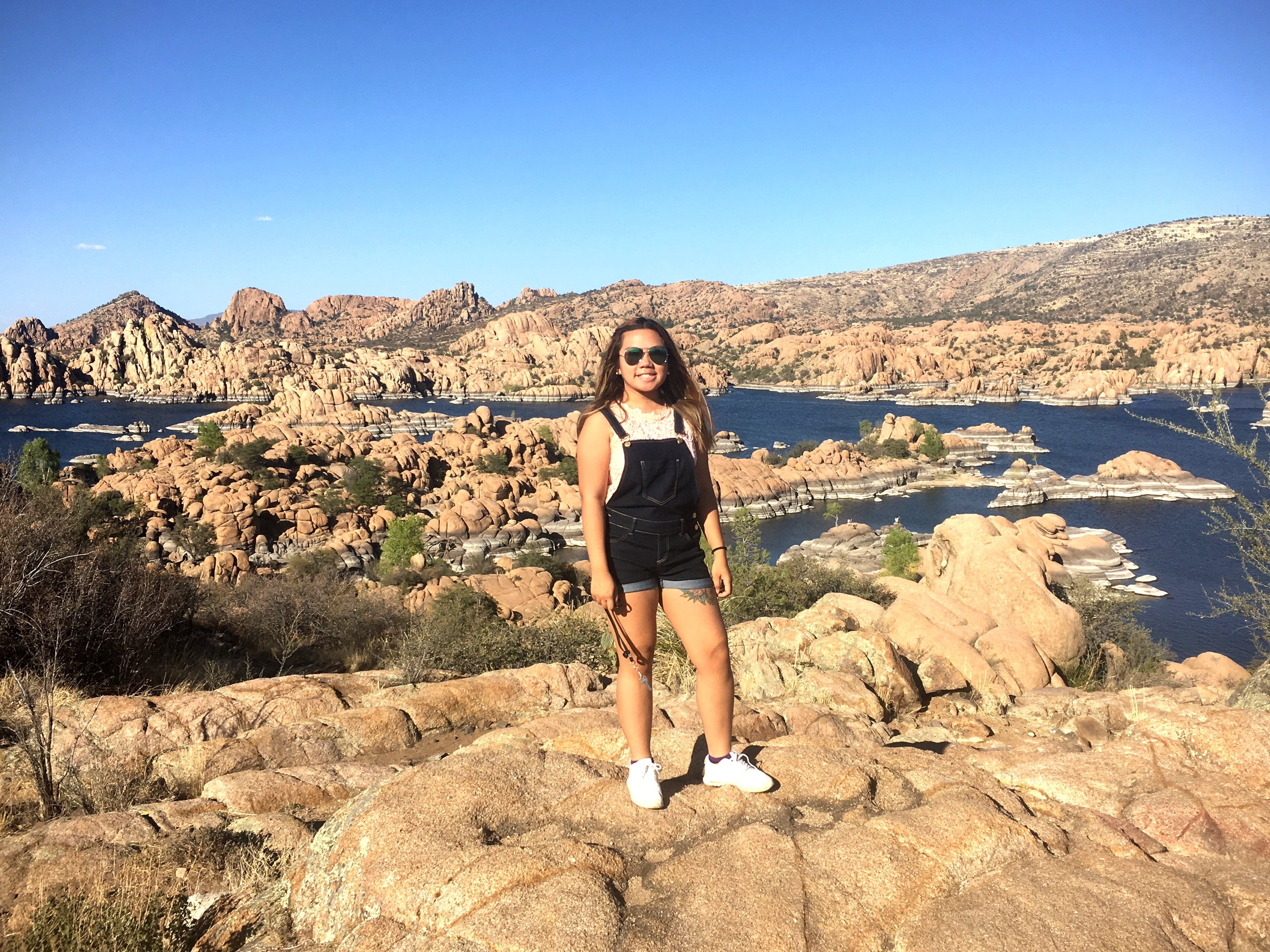 In my latest trip, I had the opportunity to visit my parents at Arizona with their new home located in Surprise, which is a city 43 minutes away from the capital of Phoenix. As you guys know, I’ve been going to Arizona a lot and this was my 3rd time flying over there. In my visits, I usually like to gather a list of things to do and Arizona is jam packed with so many nature and places to see.

From seeing NatGeo featuring it on their Instagram to seeing another travel Instagrammer I follow within the travel community, I decided to one day visit Watson Lake, which is in the city of Prescott with my mom, to see what this nature place has to offer. Within our way to the Watson Lake and as a museum enthusiast, we were preparing to also head out to Phippen Museum but first, we stopped by this city called Dewey-Humboldt. Originally, just pulling over to fill the car’s tank with gas after an almost 2 hour drive from Surprise, we were greeted with a set up of stores next to each other placed like a ghost town. This place was actually where the Town Hall or City Council is located! Interesting how it’s placed into what really looks like a Western ghost town or a theme set up made by Disney World! Coming upon here from Surprise, the weather was a bit cooler and had wind compared to where we were, which was very dry and hot. We drove over to the Phippen Museum and this museum features a lot of artwork based on the American West. This lovely museum had gorgeous views of boulder rocks from the outside and you can feel that you’re up on higher elevation as you enter Prescott. This museum is dedicated to George Phippen, a man who possessed a talent that created Western paintings, capturing the essence of the Western life and nature, the lifestyles of cowboys, and ran an exclusive organization called the Cowboy Artists of America, a group of artists who wanted to dedicate art to the portrayal of those things George Phippen painted. As a self-taught artist with no formal art education, he had made about 3,000 artworks in his life (wow!). Another artist by the name of Ray Swanson was also a talented Southwestern artist but instead of just painting the lifestyles of cowboys, he painted a realistic portrayal of Native Americans (specifically the Navajo Indians) and their lifestyles. His paintings looked so realistic and had dimension to them that you’d think they were photographs taken from the distance! Along a section, there were paintings that could be auctioned off for their values. There were impressive water color and oil paintings based off of Northern Arizona with views from Page, Arizona, The Grand Canyon, and even views from other parts of the West Coast. The museum had an exhibit called “Cool, Cool Water” and it featured a lot of awesome paintings with a type of body of water within landscape sceneries. This exhibit was quite a walk around the museum and impressed me every corner! Then another section cornered the exhibit with Western or cowboy artifacts from their guns, photos, and tools along with some more Native American and cowboy-inspired artwork and sculptures. On the floor of the basement, you can find a whole room dedicated to paintings that are involved in auctions by various artists with paintings based off Southwest wildlife, lifestyles, architect, and portraits of people. Just 7 minutes away from the museum was the striking Watson Lake. You have to pay $3 to enter your car within Watson Park. Watson Lake, which is actually a man made lake within the Granite Dells, where these boulders feature spheroidal rocks that were resulted from chemical weathering. Just a short hike to the close up of the lake, you can discover these boulders have a beautiful pattern to them with lines of gray and white placed on the bases of them and the lake was incredibly blue. These granites were predicted to be dated at 1.4 billion years old. Watson Lake is one of the most unusual lakes I’ve ever seen in my life so far and it was so beautiful that my mom went two times after taking her sisters and my other siblings when they came to visit to check it out. The lake is so peaceful and beautiful that it also makes the perfect place to do some kayaking at (hopefully, next time for me!). I climbed up some boulders for fun! When you get off from the close up part of the lake, you can keep going up from the park and you can find a breathtaking aerial view of Watson Lake and an extended part of the lake to where it stretches out to. Until next time with more Southwest adventures/stories!