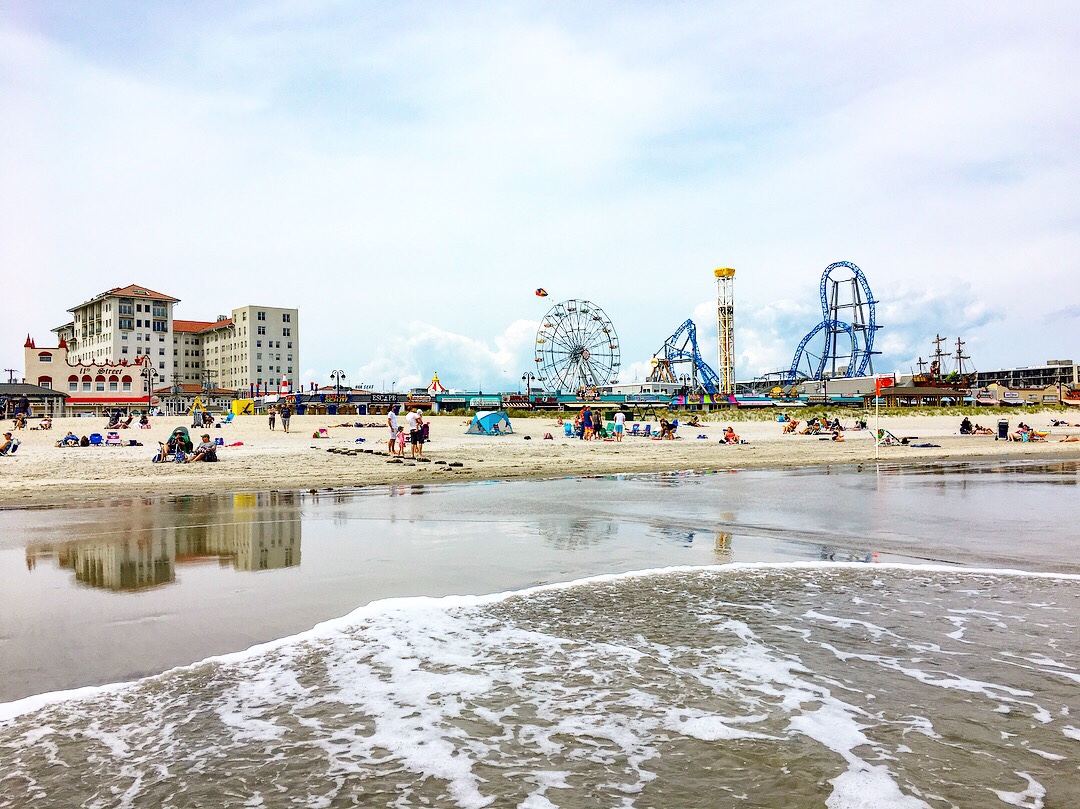 New Jersey has always been a place for interactive boardwalks and their family-friendly beaches by what we call, “the Jersey Shore”, and that’s what makes me love my home state. While I have not explored too much of Southern Jersey’s treasured beach towns as I have by Central Jersey, I remembered how much I loved Cape May and within the county of Cape May, my friends and I discovered Ocean City, a place that was mentioned in one of the movies I was recently watching once on Netflix (Grace of Monaco). I learned that one of my favorite Old Hollywood actresses, Grace Kelly, used to spend time here. I grew up around these Jersey beaches and have always vividly remembered how each boardwalk had their own ‘personality’. For example, Atlantic City has always been the classic boardwalk where many casinos line up to each other, Wildwoods have beaches that stretch out from their boardwalk with so many resorts, and Asbury Park holds music events in their convention hall and surrounding venues. Ocean City is a city in Southern Jersey in Cape May County and its famously known for its boardwalk and its attractions too. It’s a really nice 2.5 mile long boardwalk with many shops from merchandise that advertises the city’s name to preppy beach attires to a variety of food and games. As you enter the boardwalk, you’ll notice the amusement rides that will catch  your attention to the quirky colorful displays like their pirate themed amusement park called “Playland’s Castaway Cove”. We walked into a cool shop called “Only Yesterday” featuring vintage items and antiques. My friends and I love walking into antique and thrift shops and we’re always so curious of what we’ll find in these type of shops. We came across metal and paper posters with known personal figures and comic and TV characters on them. There were biography and history books, toys, license plates, and other unique trinkets with all of these coming from the 1990s and way back. I came across posters as old as 1916! The store also sold random pieces of clothing and bags from back in the day. I was surprised how inexpensive most of these collected antiques are and it made me feel like I caught a break from those pricey boutique stores that I came across from the other shops on the boardwalk. After checking out this store, we headed out by the sea shore to relax and to go out to the ocean. I seriously love the beaches in South Jersey because they’re always much more shallow and calmer (not always the case — depends on the weather and tides) than ones by Central Jersey. We discovered a (closed) pier by the beach and piers are really cool places to hang out under. Of course with a day spent by the beach, hunger strikes. We found a restaurant called “Blue Cactus”, which features tacos and quesadillas with fresh bold ingredients inspired by California and the Southwest. The food is really good and I love their wanderlust-themed wall decor featuring a colorful oil painting of the United States map with license plates from all 50 states and framed photographs of cacti.

While strolling through the boardwalk, I spotted an ice cream shop that sells Dole Whips. The first time I tried Dole Whip was in Hawaii at the Dole Plantation and I was hooked, so of course I had to grab a cup of it. I loved the unique tart and sweet pineapple taste on the soft serve ice cream. They even have the Dole Whip with pineapple juice over it (they’re called Aloha floats).

We decided to spend most of the day at Jilly’s Arcade. There were a great variety of arcade games that you can enjoy playing with from ice hockey, shooting and racing games, DDR (dance dance revolution), and more. It’s honestly addicting to stay at an arcade game, especially with a competitive person like me! The night ended with exploring the Castaway Cove amusement park. Since I am terrified of going on rides and roller coasters (due to my motion sickness) and still had to drive back home 2 hours away, I passed on going on any rides and saw my friends enjoy the amusement park. It’s a great place to bring children, your friends, and family at to have the ultimate fun experience of the Ocean City Boardwalk. 3 Interesting Museums Worth Checking Out in Washington DC