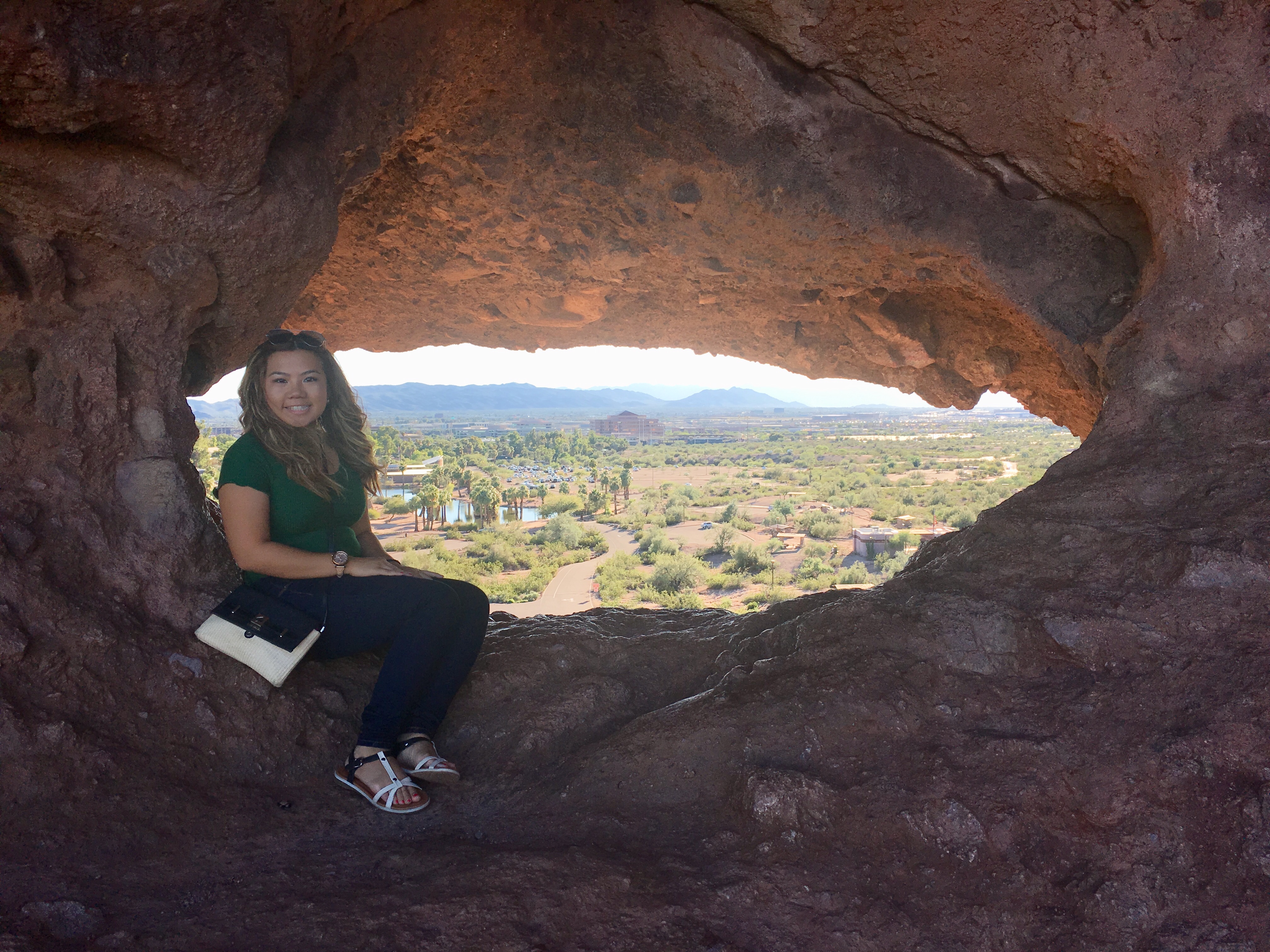 Phoenix, the capital city of Arizona, is known for the center for businesses, shopping, government, and known nature landmarks. One of those nature landmarks I discovered is Hole-in-the-Rock, a natural geological formation located in Papago Park, which features other interactive places to explore such as the Desert Botanical Garden and the Phoenix Zoo. The Hole-in-the-Rock is an interesting prehistoric rock formation that is simply… a hole in a rock. To see the hole of this rock, you need to hike a very short 0.5 mile around the back of the rock. Unprepared, I hiked with sandals on but it is quite doable with just sandals.

Background on this place

This prominent geological formation is evidence and a gift from the prehistoric and ancient people called the Hohokam Indians, the people of the Sonoran Desert. They used this rock as a calendar device as the hole in the rock would create a ray of light that would change positions depending on the sun’s seasonal movements. This would be a way for Hohokam Indians to mark when the occurrence of the summer solstice would be happening by grinding a bedrock metate slick and locating where the ray of the light would fall during the day by noon time. The winter solstice would be marked by the ray of light’s interaction on the natural seam within the bedrock. The bedrock would also mark equinoxes.

What to see and do there

Interestingly, this red sandstone was formed from 6-15 MILLION years ago and the formation of the rock’s openings were caused by erosion.  Today, the rock still stands as it was formed and as a nice place to trek up to see a view of the city of Phoenix. Exploring the hole of the rock also features a short rock staircase that will allow you to walk around in what appears to look like a “cave”. The rock is also a fantastic place to take wonderful photography in or nearby. There are picnic tables and cooking grills right outside the parking lot and in front of the sandstone. There are also hiking trails you can find around the area of Papago Park and a golf course. Food Places To Eat At In Oahu, Hawaii