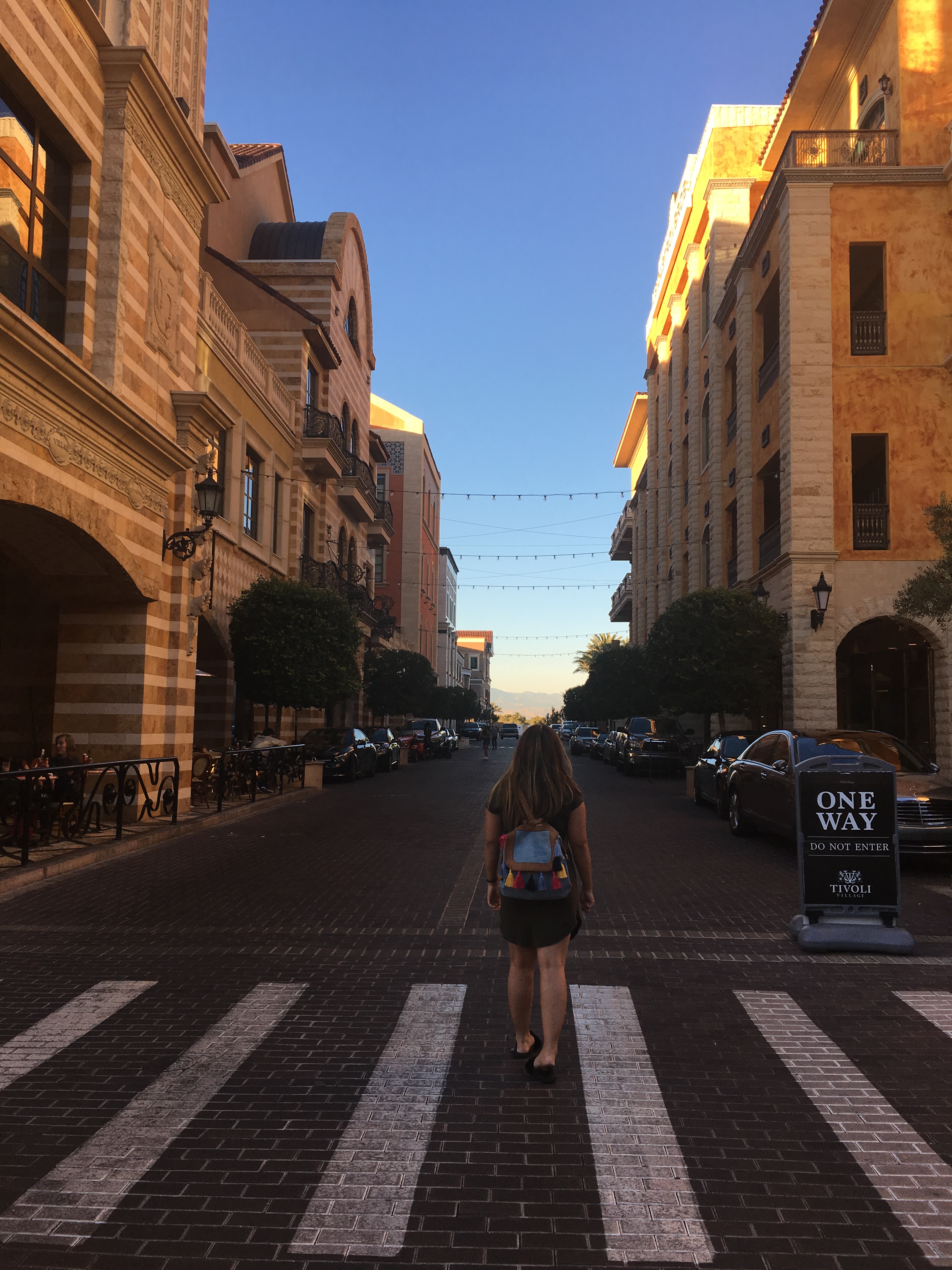 Last week, I came back from Las Vegas, Nevada as part of a short family trip (and since coming from Arizona, we went to the Grand Canyon first — my second time and we directed over there).  It’s been two years since I last visited Vegas!! For those who haven’t taken a trip out to “Sin City”, this West Coast city is full of extravagant resorts renowned for its fine dining, entertainment, nightlife, etc. And we can’t forget… for its shopping! My aunt took my mom and me out to this shopping outlet place called Tivoli Village, located on South Rampart Boulevard right next to the Summerlin community.

The name sounds like it’s an Italian place and you are right — it’s named after Tivoli, a town in central Italy. And you probably guessed it too, this shopping center resembles so much of Europe, specifically Italy. I was so fascinated by how the streets and buildings were reminiscent of Italy from the cobblestone roads to the grand colorful buildings with intricate details to the outdoor cafe settings and to the piazza that of course, contained a fountain in its center.

What can you do there?

This project of Tivoli Village was announced in 2005 and then work began in 2006 but due to poor economic conditions, the project had to be delayed and separated into different phases. It finally opened on April 28, 2011. The second phase then opened in October 2016, so the Tivoli Village as a whole has been around for a little over two years now. Tivoli consists of not just retail stores, from low-end to high-end stores, but there are restaurants to dine in and cafes to sit by, offices that offer services, and there are also many events and activities that the Village offers. I was told by my aunt that they play live music and entertainment too. If you ever need an escape from the desert to go “explore” Europe for a short while, Tivoli is it.

Visiting Gatorland in Orlando, Florida and Being Surrounded by Hundreds of Alligators