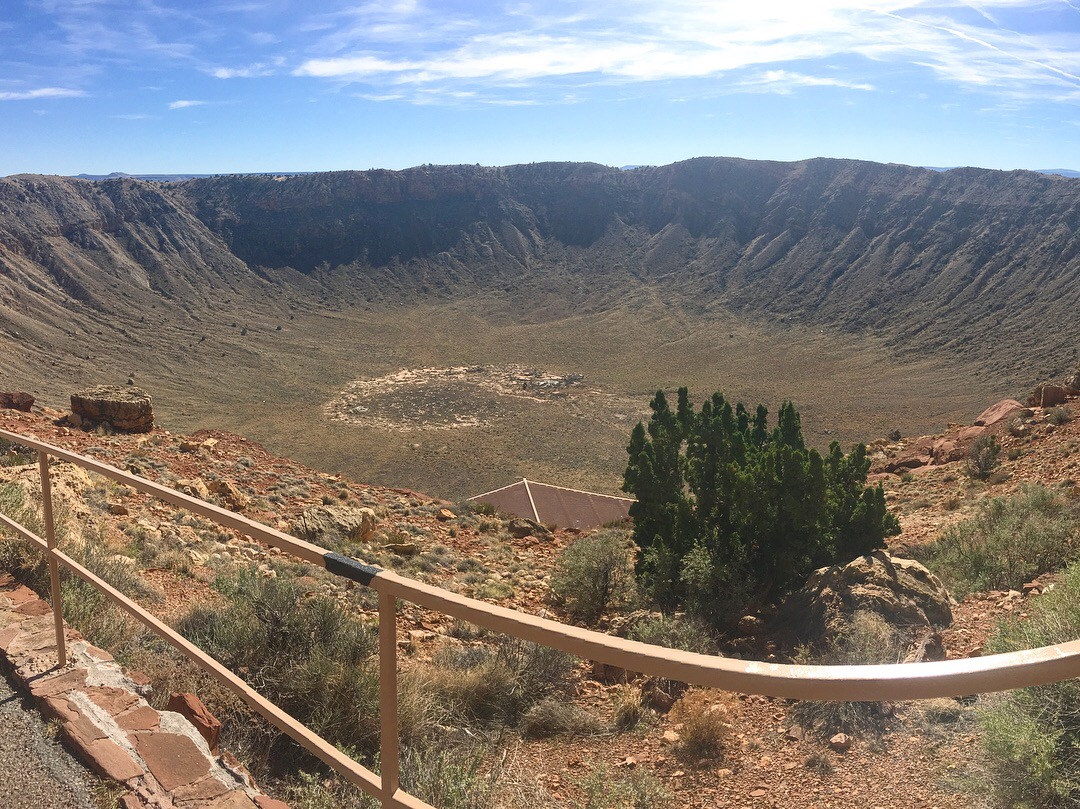 Table of Contents show
1 In Winslow, Arizona, You Can Go See The Best Preserved Meteorite Impact Site on Earth
2 About the Meteor Crater
3 Exploring Meteor Crater Natural Landmark
4 Pin It!
4.1 Liked this post? Share this:
4.2 Like this:
4.3 Related

In Winslow, Arizona, You Can Go See The Best Preserved Meteorite Impact Site on Earth

Last time I visited Arizona in May, I have always wanted to see the meteor crater but with all the other places I got to see in Arizona and the limited time I had for just a week, I wasn’t able to and the place seemed like a faraway dream.

This time, since I’ve been living here from the end of September, I had more time and more opportunities to explore this beautiful state that I love (after all, a lot of my blog posts do take place here).

Our original weekend road trip itinerary included visiting Petrified Forest National Park first but I think this actually worked out… we had to stop by a gas station to fill gas into our car. The gas station we stopped by had a huge sign by it, advertising that the Meteor Crater was just a mile away. We were actually in Winslow. So, we ended up going there first than the national park — something we just went along by chance in our plans.

A drive through a long road in the desert that actually may look like another place in the middle of nowhere takes you to a building that almost looks like a school building and a parking lot on a slight hill. You pay for your admission fees and the workers will direct you to the back of the building and outside.

The admission fees for adults are $22, for seniors, it’s $20, for juniors and non-active duty US military/veterans it’s 13, and for active-duty military, it’s free.

Once outside, there is a cool open viewpoint of the highway we drove on and beyond and it looks like you’re looking through a painting. And after passing the gift shop, you head through another room, which has the museum in it and a room to watch a short movie on the meteor crater. We watched the movie after seeing the meteor crater.

About the Meteor Crater

Here are some fun facts to learn about the meteor crater as I found out visiting this place:

The meteor crater is impressively massive to your eyes and looks a lot deeper than described. To get a better view of the meteor crater from up top, the place offers stairs to a deck around the rim and there are tower viewers.

There is also a lower level deck with more tower viewers and they zoom in particular objects from the top and bottom of the meteor crater such as a fake display of an astronaut and an American flag and a rock that is, apparently, as big as an average house.

There is an interactive museum that you should visit when you see the meteor crater, featuring more of the history on it and samples of the meteorite fragments. Also, don’t forget to check out the gift shop with cool items of the meteor crater branded on them and more fun geological themed trinkets. 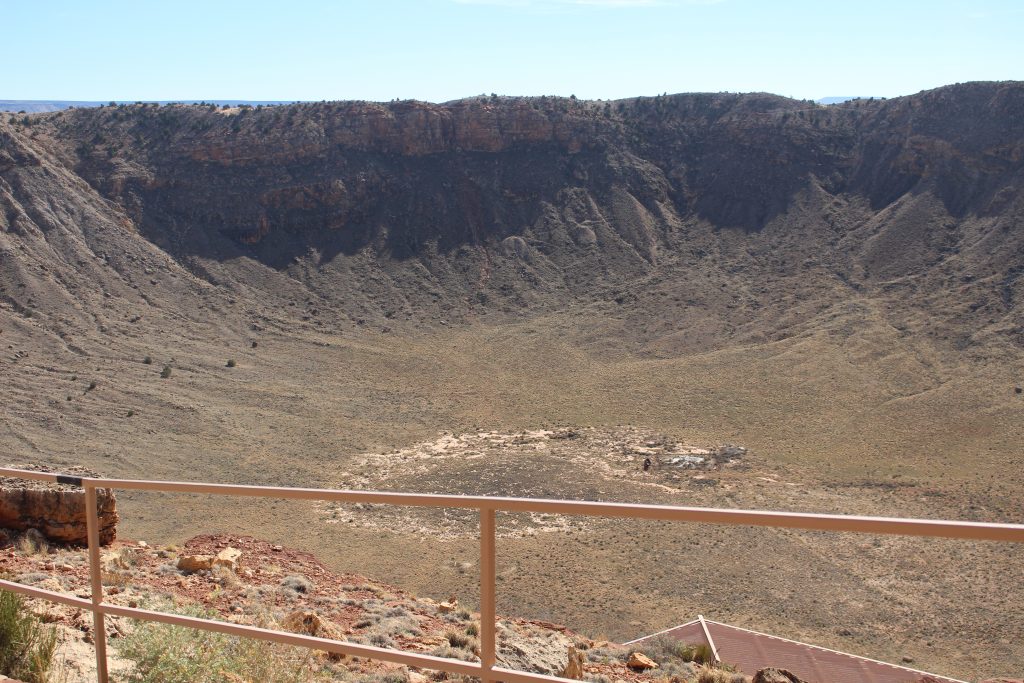