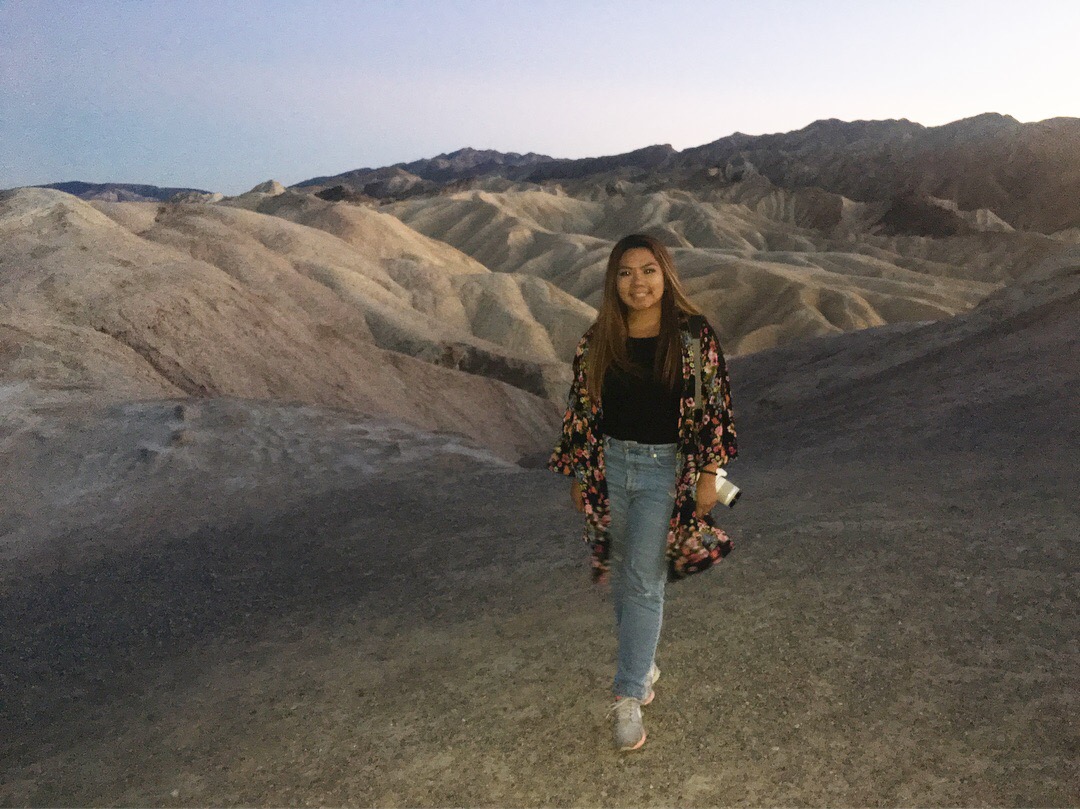 Lesson learned and an important tip

One of the biggest lessons I learned when it comes to exploring new places is to always try to arrive early. And I can definitely say that I’ve learned that valuable lesson from our arrival to Death Valley National Park. My parents and I left our hotel, ate at an amazing Filipino restaurant for a while, and we just left past noon to go to Death Valley, which was 2 hours long. You would think there’s a lot of time left to go explore but if you haven’t gone exploring much to national parks, national parks’ visitor centers usually close up to 5pm and during this time in November, it gets darker quicker. I was worrisome when we were still on the road and it had hit sunset. We usually always stop by a visitor center before making any travel arrangements to explore a park and we didn’t even get to. But it didn’t stop us from seeing a small part of Death Valley National Park.

There are so many wonderful parts to explore in Death Valley including the lowest point in North America (Badwater Basin) and sand dunes that I have yet to see in person. However, the only (and unfortunate) area we got to see from Death Valley National Park is Zabriskie Point. Zabriskie Point is a great opportunity to see something wonderful for a short (and high point) stop and it was one of the first stops when you enter into Death Valley National Park coming from the Nevada, East side. Although, I had more intentions to see Badwater Basin first and was more excited to be at the lowest point, any opportunity to visit a national park is something I am very grateful for.

Known as one of the most photographed viewpoints, Zabriskie Point has an erosional landscape of badlands, that are more so sediments from Furnace Creek Lake that dried up 5 million years ago. When you look at it, you’ll see the different colors of the layers present, which was actually caused from weathering and thermal water effects. The formation is actually made up of over 5000 ft of mudstone, siltstone, and conglomerate. That’s why if you check out Zabriskie Point, you will feel gravity upon overlooking it. Its content came from hot spring waters and lava from eruptions in the lakebeds.

Death Valley National Park is incredible from just seeing it shortly because you see the surrounding mountains just getting higher and higher as you drive through the park’s roads. The place also looks like it’s from a different planet. I highly recommend making it very early if you decide to make a trip out there. And maybe, next time, I’ll see more of the park’s iconic sites.

Montezuma Castle National Monument: A Look Into This Cliff Dwelling

Visiting the Hole-In-The-Rock, a Gift from the Prehistoric People of the Sonoran Desert, in Phoenix, Arizona