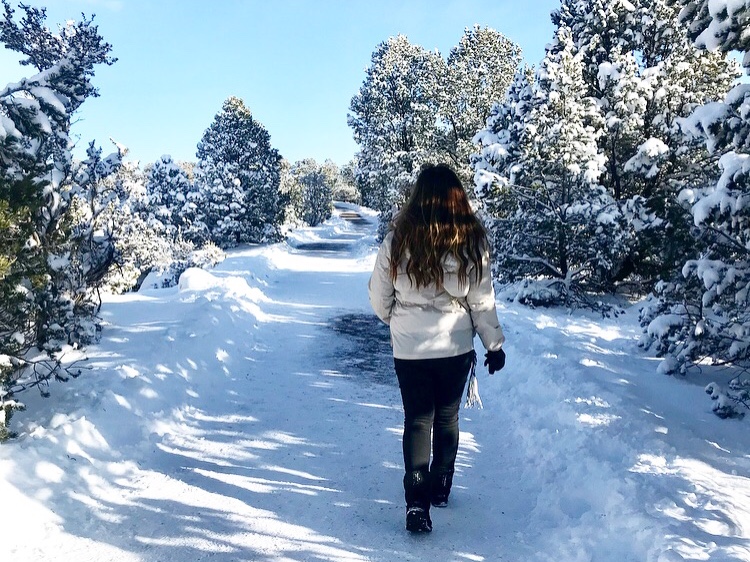 Happy (belated) New Year’s! 2019 came by in a whirlwind and I still feel as though 2018 hasn’t fully left us yet. However, when a new year comes, this means a new chapter. 365 days. 365 new blessings and chances to take. 365 (okay, maybe not literally) adventures to do. I have to say that 2018 was one hell of a year. There were so many things to look back on from the things I’ve accomplished to just how different things were a year ago. Goodbye 2018, hello 2019! For New Year’s Eve, I spent my first NYE outside of New York and New Jersey for once and into my new home state, Arizona… witnessing a pine cone drop.

Maybe next year, it should be spent abroad… hmm. My family, friend, and I all took a road trip up to Flagstaff and then to Grand Canyon, which I will get to in a little.

Here are some of the main highlights and downfalls of my year in 2018!

What a hectic year! There are so many other things I can probably cover but those were some of the biggest things that happened. When New Year’s Eve rolled around, one of my best friends, Leslie, actually came out to visit me here in Arizona and it was just the perfect timing. We got to go on a road trip with my parents up to Flagstaff and the way over there was stunning since I got to see the scenic drives to Northern Arizona with SNOW!

Yes, it snows in Arizona. Not often but when it does happen, it’s one of the most beautiful sights to see. We passed by Black Canyon City and Mayer, which I am used to seeing as we drive through the highways there often for road trips, and seeing it with snow was truly an incredible experience to witness. When we arrived at Flagstaff at night, we had dinner at a Chinese restaurant, just a few short hours before the New Year’s. We checked into our hotel room, left our bags there, and then we drove to Downtown Flagstaff.

In Downtown Flagstaff, which I have been planning for many months now, there is a quirky thing they do for New Year’s and it is the pine cone drop. According to CNN.com, it is considered one of America’s quirkiest drops for the New Year’s celebration. The pine cone is 6 ft tall and made of aluminum and it hangs on the corner of the Weatherford Hotel. Another cool thing about this? The pine cone drop happened twice, one to align with the East Coast Time and another for the Mountain Time/Arizona. We were lucky to experience the pine cone drop twice!!! Although, it kind of felt like deja vu but since I came from the East Coast, it was only right to celebrate for my friends and family out there.

It was such a unique and lovely way to celebrate New Year’s Eve. It was snowing during the time too and although it was freezing, I would not celebrate 2019 any other way. For years, I have been spending New Year’s Eve at clubs and bars and this had to be my favorite way of celebrating (so far) since it took outside and it was different yet memorable. It was also very lively as the crowds came in a lot especially when the 2nd pine cone drop was going to occur. There was fun loud music being played right outside the hotel and fireworks!!! Some people even threw confetti around us.

Grand Canyon in the snow!

The following morning, on the 1st day of the New Year’s, my family and I wanted to show the Grand Canyon to Leslie, so we drove on over there. It was my third time visiting and what made this visit different this time was that I got to see the Grand Canyon in the snow. It was breathtaking. The snow on top of the layers of the Grand Canyon really added a touch to the nature. It was very cold and the walkways were full of snow and ice (it was also during the government shutdown). I managed to slip on the snow once and kind of hurt my knees before attempting to take a picture of my friend on her Polaroid camera… whoops.

Visiting Phippen Museum and The Striking and Unusual Watson Lake in Prescott, Arizona

7 Things To Do in A Day in Los Angeles, California