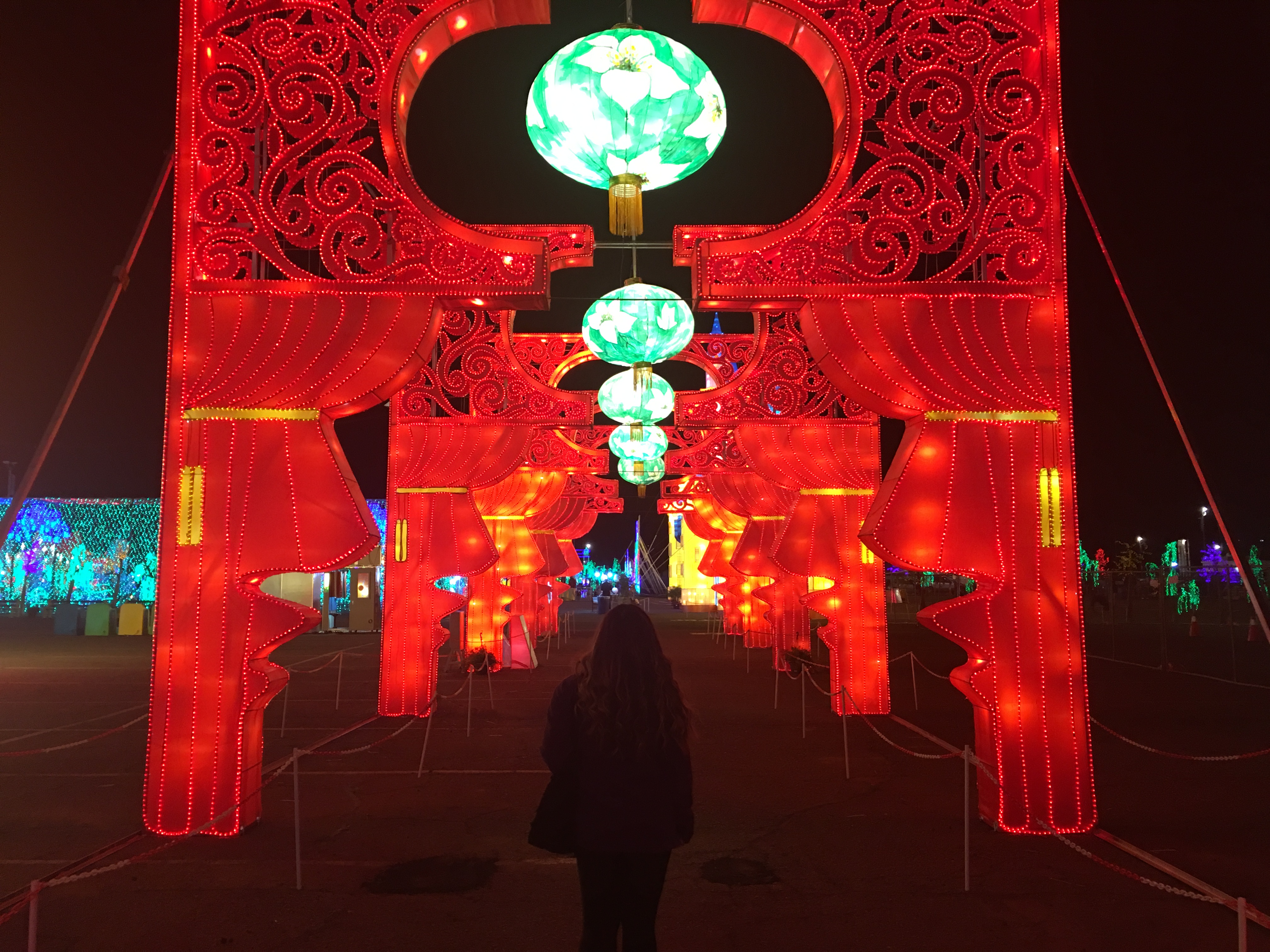 When you think of festival lights, you may automatically think of the holidays, during the time that millions of people around the world proudly display their brightly lit decorations. That’s not the case for Lights of the World, a lights and lantern festival located in W McDowell Rd in Phoenix, Arizona.

This festival extends beyond the holidays and it is open from December to February. The other night was my mom’s birthday and we have always wanted to check out Lights of The World, as suggested by my little cousin. Checking out the Lights of The World during her birthday was the perfect opportunity and after the holidays, the admission fees actually become cheaper on Tuesdays, Wednesdays, and Thursdays.

How large is the Lights of The World?

Firstly, this festival is considered to be one of the largest light festivals in North America. There are 75 displays to discover when you walk in and 10,000,000 (that’s right, you read that right — 10 MILLION) lights. The lights are all colorful and they use LCD/LED technology. These displays are actually a combination of paper lanterns with technological advances that use architecture, sculpture, and electricity, according to the festival’s website.

Lanterns are everywhere in Lights of the World.

The tradition of using paper lanterns has long existed back during the Eastern Han Dynasty time and was mainly used as just lamps in ancient China. Some of those materials, which were bamboo, wood, wheat-straw, and metal, would encompass the structures. Traditional paper lanterns have evolved with its modern technology as I’ve mentioned and with one of its modern perks is that it can now come with music while the colorful light bulbs stand visible.

What is it like checking out Lights of The World?

Walking around the Lights of The World, you’ll feel quite enchanted with the music you’ll hear and have a feel for the fantasy portrayals of the displays. There are so many different themed lanterns from globally known monuments and landmarks from all over the world to exciting characters and sceneries that you would only dream of in a fantasy to even a Christmas tree that stands timeless, no matter the time of year.

However, Lights of The World is a family-friendly atmosphere that will surely excite kids and can become a memorable bonding experience with family and friends. There are artisans, artists, and vendors within the festival that may make you want to bring a thing or two home to remember the experience of this festival.

There are food vendors that range from typical American carnival foods (but let’s be real, carnival foods are hands down one of the best foods to have that will easily take you back to your childhood memories) to Asian cuisine and more.

Lights of The World feels more than a lantern and light festival; it’s definitely a carnival. There are amusement rides and attractions that you can ride all for free within your entrance admission. My mom and I went in a mirror maze, a fun house that is jam packed with obstacles, and on one of those rides that swirl you around that gets faster until the end. This festival allows you to enjoy adrenaline and entertainment.

There are also many game booths in which you can play in to win a stuffed animal prize or more, photo booths to capture the moments, and there are also foot massage chairs, for 25 cents only, scattered through the park. There’s also a little area where your kids can ride on large stuffed animals and race one another and little areas for you to sit and swing on in neon-lit chairs. On a daily from January to February, they have a sea lion show where its trainers show you tricks that rescued sea lions have learned.

If this seems to be eventful place that you can thoroughly enjoy just like my mom and I did, I highly recommend attending this at least once!

Dangers of Hiking in The Desert And Safety Tips