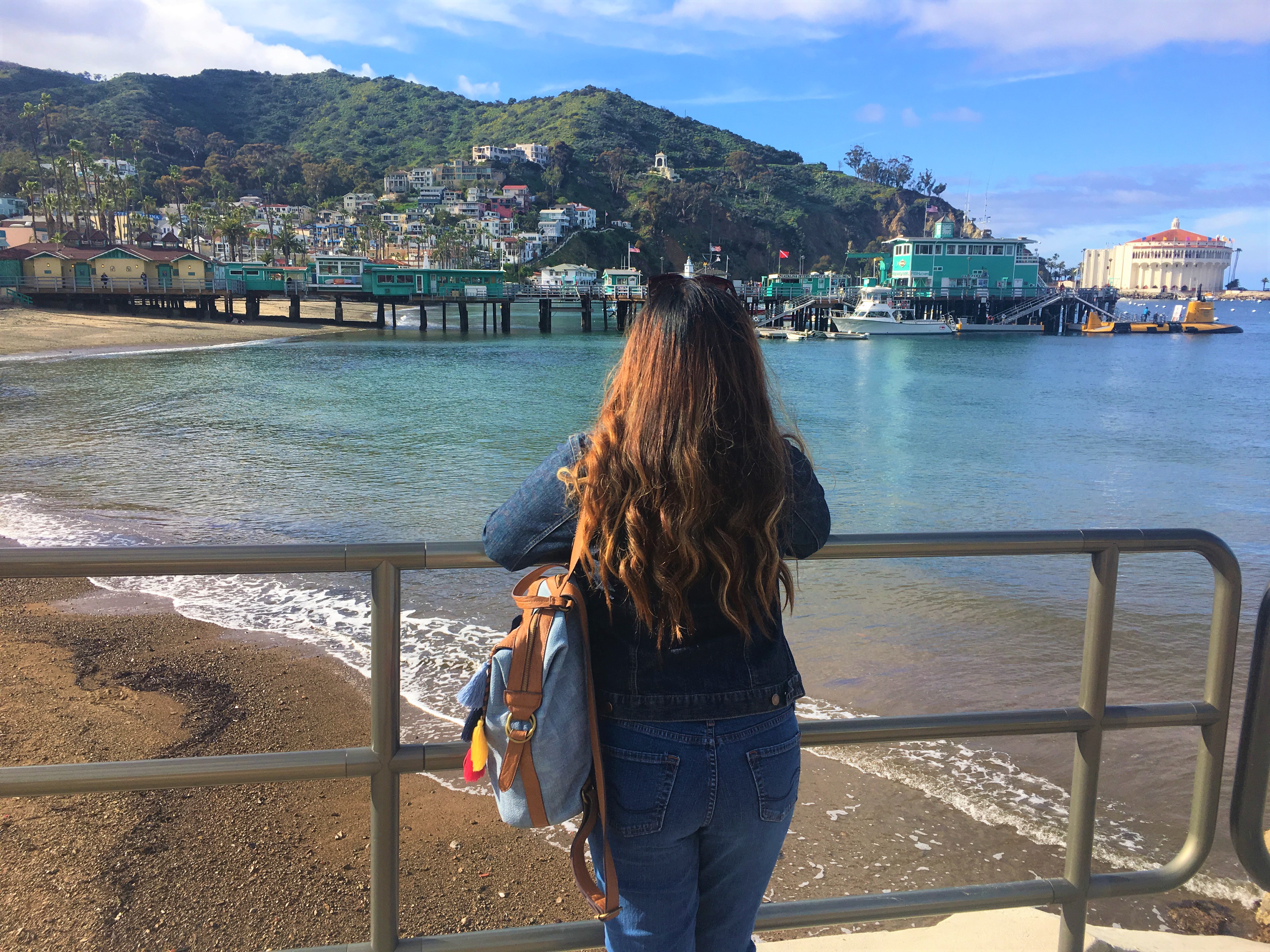 Heartbreak is one of the few things in life that really gets us down. It’s inevitable and when you least see it coming, it’s so devastating when you’re in the process of understanding what it’s capable of. Heartbreak, in the form of a breakup or unrequited love or whatever it is when you make a connection with someone you shared feelings with, is strong enough to feel like we’ve been let down. It’s strong enough to make us go through so many stages of confusion and questioning ourselves where we went wrong or if we’ve done something wrong.

It is painful stuff to deal with, that’s for sure. We put ourselves out there to share our vulnerability, to exchange emotions, to commit without intentionally doing so, to create and share memories with, and to support that person we are crazy over because that’s what we do when we care for someone on immeasurable levels, right?

Table of Contents show
1 Travel and heartbreak mix well, ironically.
2 Life sucks, especially when you’re torn by your feels.
3 The inspiration
3.1 Pin It!
3.2 Liked this post? Share this:
3.3 Like this:
3.4 Related

There’s a reason why many artists have used heartbreak as a muse for the work they’ve created. Look at painter Frida Kahlo for portraying it in her artwork, listen to Taylor Swift’s numerous songs that talk about her experiences with ex-boyfriends, and listen to The Weeknd’s and Sam Smith’s songs that make us feel knots in our stomach as we listen to the power of their vocals in their songs. But what if I told you that heartbreak can also be a muse for you to find adventure? What if traveling through a broken heart can be the most empowering thing to help you reflect and heal in your journey?

It’s true that travel and heartbreak seem like two things that were meant to be combined. An escape is a perfect opportunity to escape a tired mind and heart. It might seem like a temporary solution, but only if you let it. You can choose to make it a long term discovery within yourself that will probably won’t have you looking back, but only if you let it too. I’ll tell you, from my experiences, it can help you find clarity and peace within yourselves that you so earnestly deserve.

It doesn’t matter if you’re the one who broke someone’s heart or if someone broke your heart, the feeling of loss is going to shatter our inner selves and what we once thought we knew isn’t the one that will bring joy anymore. The ride of several emotions happens when there’s heartbreak, but traveling is another ride that will leave you dazed – just replacing the emotions to keeping your mind busy or woke immersed in different cultures, norms, sceneries, and challenges. Your mind will shift elsewhere. The movie Eat, Pray, & Love is a great example to really explain what I’m saying here.

Life sucks, especially when you’re torn by your feels.

**A name with two asterisks means it has been changed to respect the privacy of the person.

When I dated Travis** for 3 years, I knew I was carrying on something that no longer served happiness for both of us. It was a toxic relationship that carried on way longer than it should have. The breakup shattered me for many months while going through a hectic schedule as I was working in marketing and studying as a full-time college student. I wanted to break down and I couldn’t bear to see myself cry every night over something that was long done before it was officially done. I knew that I always loved travel but going away for a week or so to a trip while I was in my relationship made me feel like a side of me that I longed for.

I felt a break from the overly negative relationship that consisted of a lot of differences causing many fights and trauma building up that contributed to a lot of my anxiety. Many states, 2 countries, and 7 national parks during and after this relationship made me feel hunger for a different type of love that I wish I had found within Travis — but it was never there. A person who I thought would be my best friend was an enemy that I couldn’t ignore and it drained so much inside of me.

Months after this breakup, I met Josh**. I liked a lot of things about Josh: his goofy humor, his kindness, and how it was so easy to get along with him and have fun with. We both recognized we had a lot in common and I thought we would end up together at one point. I knew that my move to Arizona would not make a relationship possible to happen. Sure, we had our small chaotic arguments but we got over them. However, I never knew if Josh was as serious about me as I took him and some of those things set us apart. My huge infatuation on Josh and the idea of not getting together at all broke my heart. The scenario of “what could’ve been” often made me wonder and… wander.

I knew I put in more there than what was given, often arranging effort to see each other but instead left with plans often failing. Maybe we didn’t end up together for a good reason and my adventure to move to Arizona had to happen. One of the last things he mentioned before we completely stopped interacting with each other while I moved to my new home state was “Make the most of AZ.”  I sure did. Taking advantage of a hike in Arizona’s mountains once a week, traveling to Nevada this time of grief, and being able to grasp on the concept of working on my truest self came along.

And then there was Connor**. I met Connor during the time of the busy holidays. When I met Connor, I knew he was going to be as genuine as he showed himself. He is one of the kindest guys I’ve met — truly a gentleman, laidback (to the point of not making any judgements towards me), and was almost everything I wanted in a man: a lover of the outdoors and travel, a responsible and accomplished being, and just a great person overall to hang around with. I thought the times we hung out, often spanning to many hours each time, reminded me of a friend I always needed in my new home state. However, what also could’ve been but didn’t become is what crushed me. There were differences between us and differences that wasn’t explained by him and he had to let me down easily.

I’ve wondered if there’s something I said or did that made him change his mind but I knew that I shouldn’t have been that disappointed in myself because I was showing my raw, genuine self. That’s the kind of person you should always be when you’re connecting with others. The week after he told me he did not see compatibility or a relationship between us, I embarked on a cruise from California to Mexico. I decided from this point on that I wasn’t going to focus my energy on connecting with a guy that didn’t bother seeing what I had to offer. I didn’t need to focus on dating and romanticizing on the idea of happiness with someone who wasn’t right for me. I decided something bigger for my heart.

So what do my experiences tell you about heartbreak? Well yeah, it hurts like hell. It feels like time wasted on the wrong people but they all serve as underlying lessons and eye-opening experiences in life. The disappointment often left me defensive with my walls up for the next person and question a new person’s intentions. And I don’t blame that that’s how I came off at times because hurt can do that. Dating is complicated. Life is complicated.

But, you’re often left with many choices on how you can get past the pain and the memories created left behind and one of them is building new memories on top of those with new people and new experiences. I thought 3 years was a lot of “bad luck” in truly finding true love, but I don’t want to be pessimistic when there’s a whole lot of love and energy you can give to others and things.

It’s normal to feel the effects of heartbreak – the desire to eat a tub of chocolate ice cream, the part where you feel like you can cry and bury yourself under layers of blankets and pillows, the countless times you check back on the pictures and conversations you’ve exchanged with someone, or the times you’d blast sad music that is all about heartbreak or betrayal. Dwelling on it is all part of healing, but this doesn’t mean you should restrict yourself to just that. Trust me, I know this because I did exactly that for so long after my failed love attempts.

There is always the option to try traveling and reminding yourself to not always look back. It’ll remind yourself to put yourself before others when you feel like things are going south. Did you know that attachment and staying in one exact place is one thing that never seemed stable in my life in the past years? I was often moving around, leaving people behind, and leaving to explore places. I can say I’m used to it but maybe this is how my life was meant to play out. I took my heartbreaks and the questionable life situations I had as blessings in disguise.

You can, in fact, also feel the desire to explore a new place as the opportunity to get your mind off heartbreak. You can be like me, who came back with an idea after idea of the next things I’ll do when I’d get home. You can feel a whole new responsibility to take after when you return from your travels and that is focusing on what you always knew what you deserved. From traveling, you remembered you met new people, you cried, you smiled, you laughed, and you captured new experiences.

When you go away, this will all be about making yourself comfortable, making yourself feel happy in finding the things you want to do in a new city, and most importantly, replacing old memories with new ones. You will open yourself up to adventures that a single person may never give you in a lifetime.

Now, that’s a whole set of love you’re getting in return instead, don’t cha think?

A little note on the background of this personal essay: I wrote this post in one sitting while I was on my cruise vacation and I was bored sitting in my suite… with no WiFi… but a heart full of emotions at the time. See what being heartbroken can already inspire you to do things? I contemplated for a long time if I should release this, but I thought, why not?

*Some of the images used in this post came from Vectorstock.com.

How Travel Can Change You As A Person

Important Tools to Have as Travel Essentials

What to Pack for Tropical Vacations