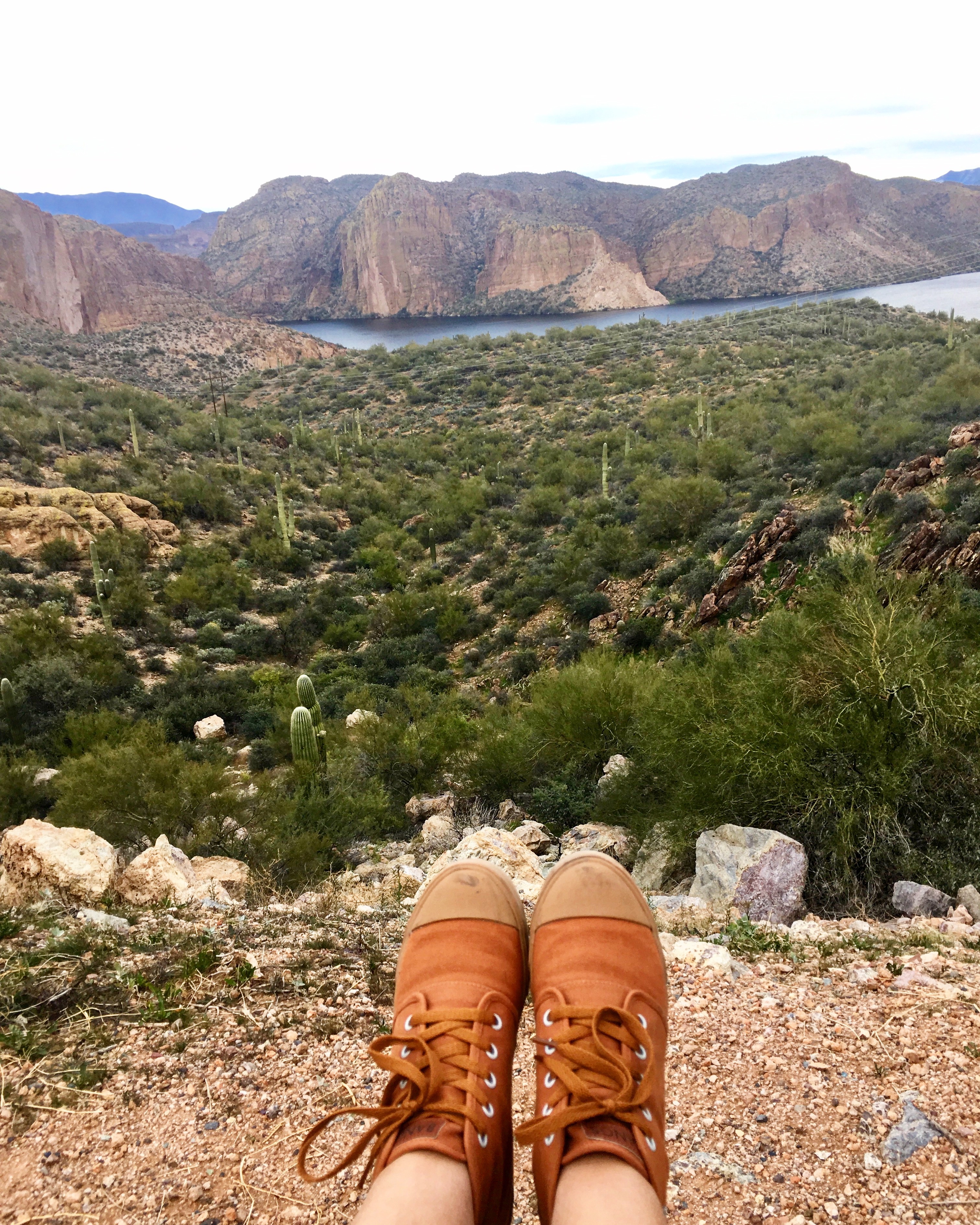 When you think of a “scary road”, what comes up your head? You’re probably thinking at night when you’re driving and there are no lights visible, just you and your reliable high beam lights, anxiously hoping a random figure won’t appear in the middle of the road. You might also be thinking of a scary road that has winding curves and where there are edges close to steep drops. That’s what the Apache Trail is, one of America’s scariest and scenic roads and it’s located right here in Arizona. It’s also one of the most prominently adventurous roads to see in the Southwest.

Some history on the road

The Apache Trail is a trail that connects the Apache Junction to the areas of Theodore Roosevelt Lake, the Superstition Mountains, and then to Tonto National Forest. It was named after the Apache Indians who were using this road to go through the Superstition Mountains. The Apaches also played a huge part in the construction of this road and contributed a lot of labor towards it with 200 of them working on the dam site below the Salt River. According to Tom Kolleborn Chronicles, the road was completed on September 3rd, 1905. (By the way, rest in peace to Tom Kolleborn, a Lost Dutchman expert that really worked hard to keep the history of the area alive as long as he could! This post is for you.)

I remember the first time I’ve driven through this road was when I first arrived in Arizona in 2016 as a visit. My uncle drove my parents, cousin, sister and me through it and we were all holding to dear life and quite scared since we’ve never gone through an elevated road in the mountain that was that close to the drops. I drove here myself for the first time when my friend Leslie was visiting Arizona for her first time too in January.

The experience of driving here

Honestly, I did not drive throughout the whole trail. It can take a while, approximately 6 hours to drive the whole thing, according to CNN. It’s 40 miles long. The drive is surrounded by a lot of life here: desert plants such as cacti, trees, and it’s home to many desert animals like the javelina and bighorn sheep (even though you’ll never get a glimpse of them by just driving here).

It also reveals canyons, cliff-dwellings, and awesome geological formations as well as lakes. Though, this is probably the best way to get really nice vista views of the Sonoran Desert. It’s got a few lakes to it that you can drive by: Apache Lake, Canyon Lake, Roosevelt Lake, sister-lakes of Salt River.

When you’re driving here, it’s still paved but it does get unpaved eventually and you absolutely have the option to drive back if the unpaved part will scare you off. For me, I only got to the paved part and also I only stopped at one particular spot: a vista stop to overlook Canyon Lake, one of the most bewildering beauties of Apache Trail. This spot was very reminiscent to me when my uncle drove my family and I here 3 years ago.

My dad taught me how to do some mountain driving. Unexperienced before and very terrified of all there was to it, I just had to jump on it as I was driving the highways through Black Canyon City once, especially since we kept making back to back road trips when I first moved to Arizona. Since I wanted to show my friend Leslie the east side of Arizona, specifically the city of Mesa and the Superstition Mountains and the best way to experience it was through Apache Trail.

It’s quite a thrilling drive, just views dropping on the edge and some parts of the road just to get to the vista stop with no rails on the side. I had to drive slow, have all eyes on the road as it’ll require your sharp focus and attention where you need to be aware of all sides of your drive, and maybe calming music to put on will truly help. Leslie put on aesthetic background “Youtube” sounding, instrumental, lo-fi (low fidelity) music to help calm my nerves because it was honestly just us two and I don’t really know what I put myself through as a new mountain driver driving through one of America’s scariest roads.

“The Apache Trail was both terrifying yet mesmerizing. Nestled in between mountains and a sea of trees, the drive is pretty scenic. We drove short in length, but the twists and turns make it feel infinite. You’ll definitely have a tight grip on your steering wheel. If you visit, drive safe and stop for photos at designated locations.”

I learned that being pushed out of your comfort zone is a cool way to experience things. Becoming adventurous, with Arizona introducing me to that side I didn’t know, is a blessing to appreciate.