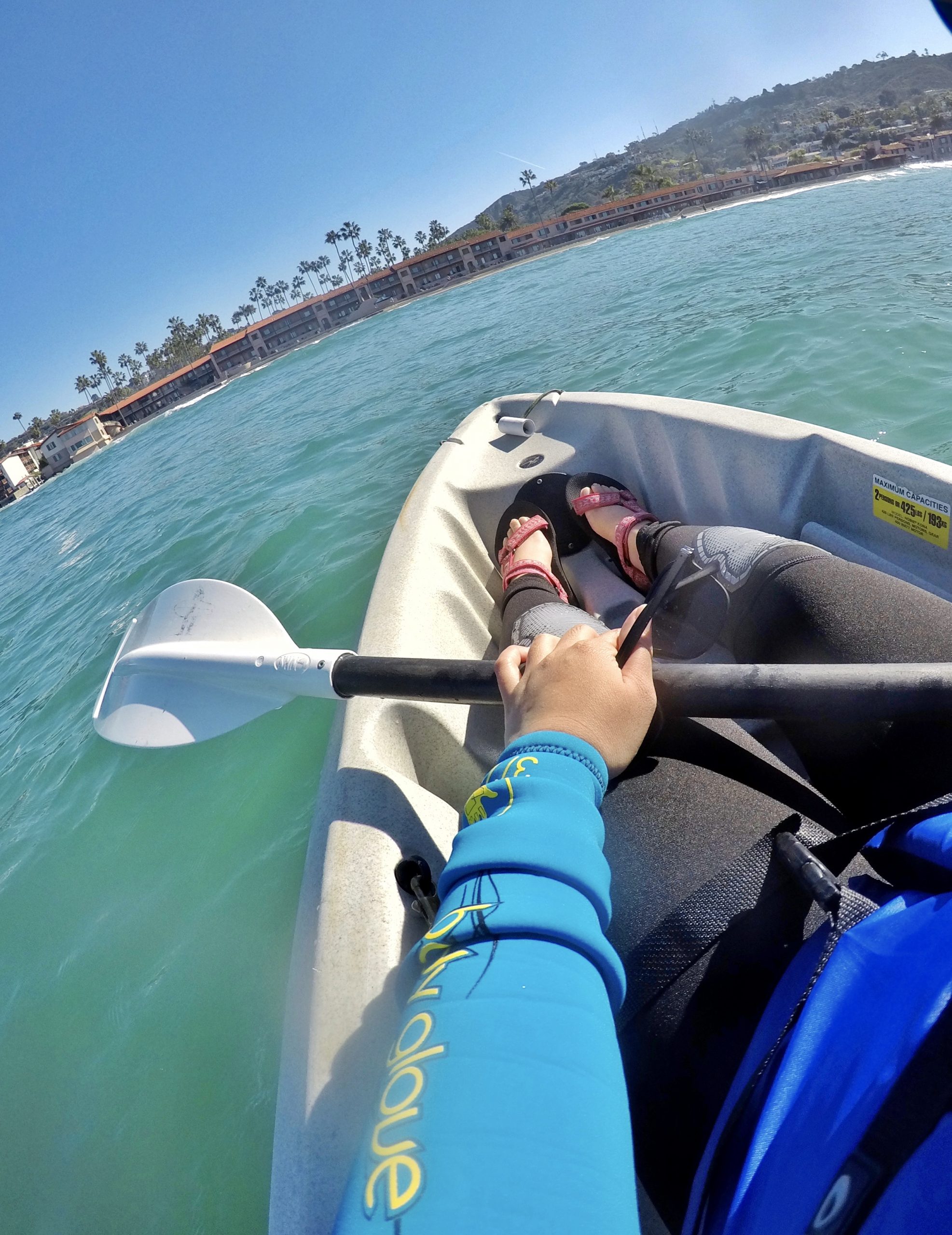 GoPro cameras have always been a wonderful choice to take adventure photography. Its ultra-wide-angle lens can capture so much in a single shot that a regular camera or phone may not fit in. I know a lot of my friends who don’t have a GoPro, but they’ve always been interested in the features it holds. In fact, it’s more waterproof than an iPhone or Google Pixel since those phones are rather water-resistant. The GoPro (at least the latest ones) has that amazing feature to be completely waterproof! Though, the main reason why I love GoPros is its ability to create a perspective that makes your pics stand out.

This post is a review of the GoPro and is not by any chance sponsored by GoPro. (Though, GoPro, if you are reading, please consider reaching out to me!) If you have always been interested in what the GoPro camera can offer and how it can work through your epic adventures, I will talk about it here.

Table of Contents show
1 How is GoPro different from other cameras?
2 Reasons to own a GoPro
3 Choosing the right GoPro for you
4 My favorite features
5 How to begin using your GoPro
6 Other accessories
7 Here’s my video completely using the GoPro
7.1 Liked this post? Share this:
7.2 Like this:
7.3 Related

How is GoPro different from other cameras?

The company, GoPro, is a handy device that not only accentuates the perspective of the lens (which occasionally can be referred to as the ‘fish eye lens’) but it has been top athletes’ and outdoor enthusiasts’ choice in recording the action. It’s of course not a DSLR with a digital sensor to record images on real-time or a point-and-shoot camera that can transfer what is seen but it can be similar to those elements. The GoPro’s body is not as bulky or noticeable as those cameras, it’s usually very small like it fits in the center of my small hands’ palms.

What makes it the more convenient is the size and how it can be implemented with other tools that can make the GoPro experience different in the way it can produce extraordinary angles. It’s nice to have as something to go in almost anywhere you can carry without worrying about the weight. The GoPro, I feel, also has depth into its images with curving angles and that gives you incredible views of something almost popping out of you! (For example, a skater doing tricks on their skateboard or a biker doing tricks or a hiker climbing up a mountain.)

I know the newer iPhones have multiple new cameras attached to it and two of those cameras produce the wide-angle lens that GoPro does. Those are very nice camera lenses as I can see using it often from my iPhone 11 (it also creates amazing angles to record), but its perspective still differs from the GoPro as I feel it can fit more in a frame. Also, the GoPro has been there long before the iPhone released their newer camera lenses.

Reasons to own a GoPro

One of the biggest pros of having the GoPro is the ability to record in great quality underwater! Many divers use it to record the sea life in the deep blue sea and for their own experience (note: This is a great guide to check out how to use it underwater). If you are an adventurous soul or an athletic being, this camera can be very handy for you. This ranges for almost any sport. I’ve seen many vloggers use it too as a device to record their vlogs. If you’re looking into doing vlogging for YouTube, consider the GoPro.

I wrote in one of my public relations classes that the GoPro did a good job in its campaign of being a viral video content camera and this goes way back, nothing new in 2020. It’s known for user-generated content, allowing any kind of person, no matter the activity, to show their content. Their hashtags helped a lot (#GoPro is growing by the minute). It also did sponsorships for athletes and influencers and continues to do so.

Choosing the right GoPro for you

I’ll make it simple here: the latest released GoPros have always improved its camera quality by the year. Those are the best GoPros to pick up because you get the highest level of quality in terms of contrast, sharpness, resolution, color for your shots.

Most GoPros have the standard Hero body (which I have) and there are other GoPros that are smaller than that. Personally, I love the standard Hero bodies because it has more functionality to it whereas you can have a screen with it to a touch screen. A GoPro session, which is the smaller version, only has a lens attached to it.

There are a few models of GoPro and there is always usually a later one being put out in the market. As of 2020, here are some good models to go with:

First thing, I love the voice command feature on the latest GoPros. It’s super useful to be able to tell the GoPro, “GoPro, turn off” or “GoPro, record” or “GoPro, take a picture”. I love the touch screen on the latest GoPro and then I love how there’s a downloadable app you can have on your phone to view your media, trim them if you’d want, and save them. Most of all, I hands down love how the latest GoPros do not need a protective waterproof case and it’s able to go down underwater, which all varies depending on which model you choose.

Pro tip: I remember when I lost my GoPro by the ocean once and I was sooo devastated! GoPros can hold so many memories and are best suited when you back up your files from your memory card. To do this, you can import them to your computer using your USB cable and then double save these files on a cloud or file hosting service such as Dropbox.

How to begin using your GoPro

When you finally receive your camera, you may get totally confused about it like me. There are a lot of options to scroll through the touch screen, buttons to find, and then there are doors on the side. It looks overwhelming to understand how the body works, but…

The features typically on the latest GoPro consist of:

To get started with how to attach the camera to the mount (the bottom part that will help attach it to a stick/pole) using the tools and house casing with it, here’s a tutorial video by GoPro:

In able to start using the GoPro, you need to register it to set it up. With this process, you’ll see how to connect it to the app so that you have the ability to go through your media and save whatever you need. Also, what’s cool about the app is you can also snap a photo from your clips. Here’s a great tutorial video on how to do this:

In able to charge your GoPro, your USB-C charger cord should help with it, but make sure to have a wall charger adapter that supports the type of USB. You do not have to remove your battery to keep it charging.

Pro tip: Most GoPros comes with a manual with your box but you can also find downloadable PDF versions of it when you go on this link and find the product/GoPro model that you own.

There’s a variety of accessories to help the GoPro get the best experience available on the market. Besides what you get in the GoPro already (the rechargeable battery, mounts, housing case, USB-C charger cord, the thumbscrew, quick release buckle), you would then implement it with an accessory that could help you grip onto the GoPro that makes it a stable experience (also a preventative way to not lose it).

Some of the best options for accessories are:

Whether you’re convinced to get a GoPro or if you did just purchase one, I hope you’ll make the most of it and that you get to take it out on your adventures! Many people feel that it’s not needed when they can use the camera that comes with their phone, but it’s important to know that the phone isn’t as powerful as a GoPro and it comes with versatility of how to record your moments. Using a GoPro gets simpler over time, so don’t worry about being confused about it!

How to Plan A Desert Wedding Photoshoot

6 Reasons Why Solo Hiking is Good