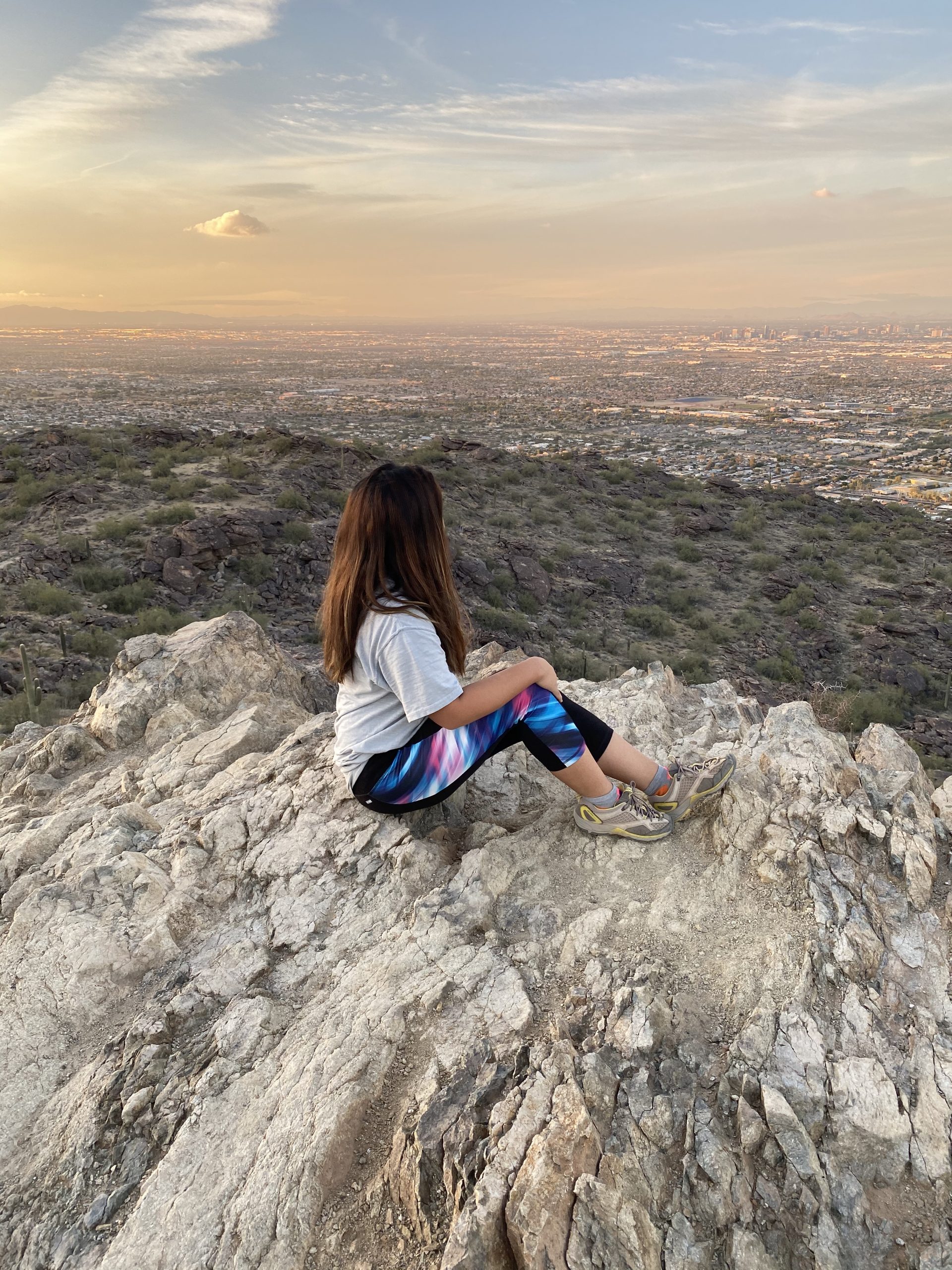 Phoenix, the major city in the southwest state of Arizona, is full of many hiking trails and makes quite the escape to nature when you’re hustling and bustling at work in the city. South Mountain is one of the best and notable places, in my opinion, to go for a hike and see an overall view of the city during the day through the night, where the city lights glisten among the desert skies. There are a few trails to find on South Mountain, but the Hidden Valley Trail one is certainly a gem to explore while taking yourself out for an exercise.

The Hidden Valley Trail is one of the most scenic trails to take on South Mountain. The hike is 3.4 miles long and it has an elevation gain of 918 feet. It is rated as moderate, but some parts of it can be challenging, especially if you were to choose to do this at night and if you’re kind of a beginner to hiking. This is a loop type of trail, but you’re technically going back the same way you entered.

What makes this trail unique are the boulders you will come across. They’re scattered throughout the park and there are several lookouts of the aerial views of Phoenix. Saguaro cacti can be easily found throughout the mountain. You may also spot some petroglyphs on some rocks, created by the Hohokam people. Also, be aware of how rocky the pathway can be and the rocks can be slippery; be careful with your footing.

Along taking this trail, you can find a hidden tunnel (one of the highlights of hiking here!), some dry waterfalls, and two boulders that are very close to each other called Fatman’s Pass that you must squeeze through to get by. The Hidden Valley Tunnel are formed by many boulders that are piled together that create an open space that allow you to pass through under, resembling a tunnel. Going to this area may be a bit hidden to find (hence the name) but you’ll find it when you believe you’re going through a wash with trees.

The hike will begin at the Mormon Trailhead, the trail will start to ascend quick and slabs of rocks will become more prominent. You will keep going straight and pass by a few piles of boulders, but you will not get to the Hidden Tunnel yet until the end. This trail is well-marked, so always follow through the directions whenever you see an “M” on the trail markers.

Midway through, you will come across an intersection with two directions to take, take the one that continues on straight. Keep hiking on until you start to see more boulders creating a new area compiled of those boulders, which makes this part trickier, but when you see a cornered boulder’s wall, you will see a sign, from here, you make a left.

You won’t see the Hidden Tunnel so sudden, but keep following the opening of trees and plants and it will lead you to what appears to be a wash and these boulders start to shadow over you.

If you want a nice photo opportunity, shown as below, with where the intersection was as I mentioned, there’s a small tiny trail you can climb up to that leads you to a bed of rock that makes you appear to be “on top of the world”. You may need to climb over these by stepping on smaller rocks.

Things to be aware of while hiking Hidden Valley Trail

Coyotes: When I did this hike, I heard a pack of coyotes howl. Although I couldn’t see them, I could clearly hear them close to me and they’re definitely on the mountain. Coyotes are known to be wandering around in South Mountain since this is their territory. Do not approach them or run away. Back away slowly.

If you’re face-to-face with one, try to make yourself look big and aggressive; you can do this by making eye contact and trying to wave your arms above your head and shout in an authoritative tone. Protect and shield your pets and children. Do not turn your back from a coyote while their stare is locked on you.

Keep your pets on a leash at all times: This is a dog-friendly trail, but they must be on a leash.

Make sure to bring a bright flashlight or wear a headlamp when hiking at night: I hiked this during the day going into the night and it gets very dark and eerie at night. It can be very dangerous as I slid once on a rock, but I caught my own footing (thanks balance!). Especially since it’s at night, you won’t be able to see all the rocks on the trail coming in different sizes and positions.

Overall, this hike makes a great workout and there are so many spots to take awesome photos around. You can also glance at the different rock formations that sometimes look like heads of an animal haha. Sunset is just as nice here as it is at night, but the Hidden Tunnel is best to be photographed during the day. Though, this area can get populated especially on the weekends during Arizona’s winter season.