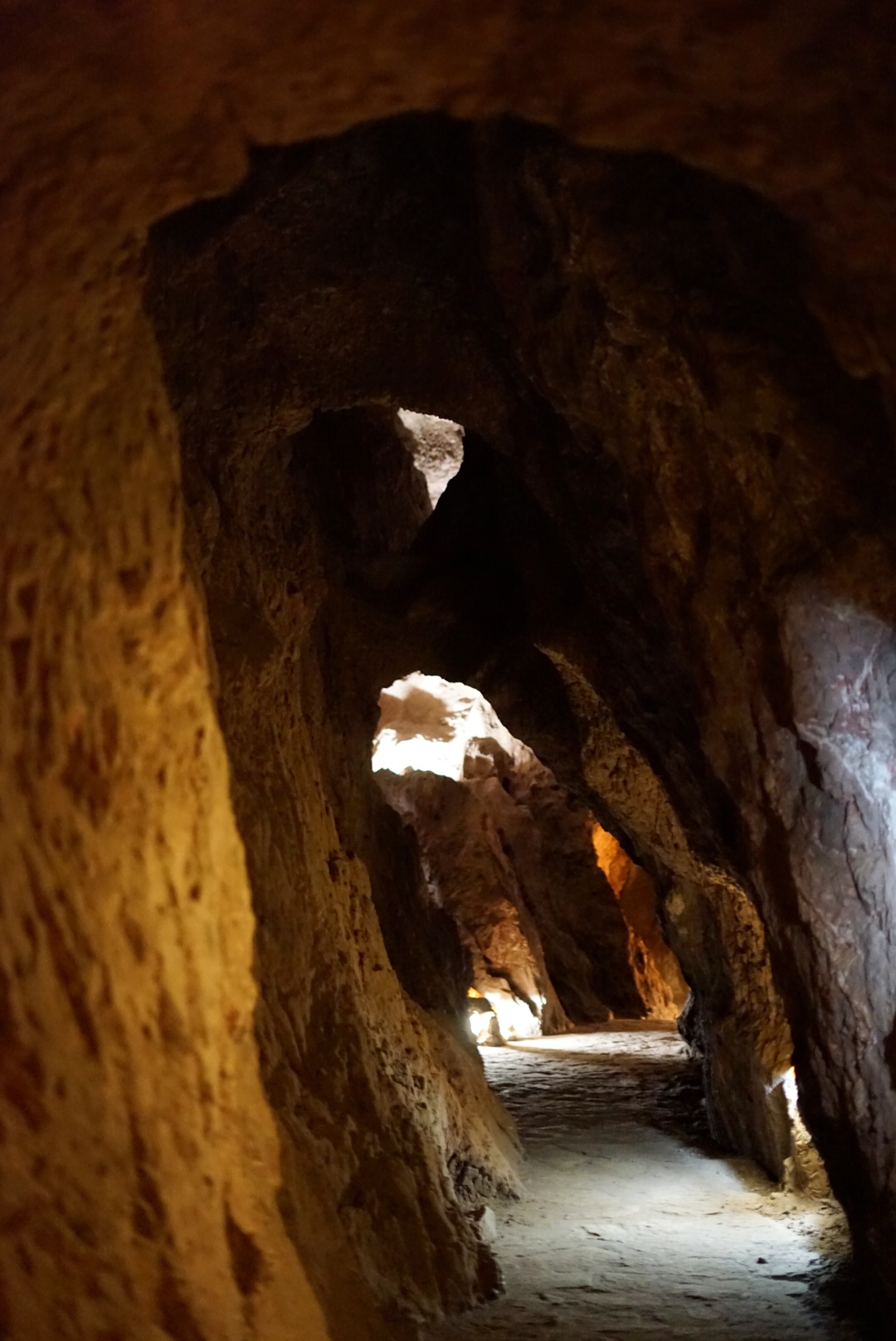 Just almost half an hour from the known Arizonan city of Tucson, a cave lies hidden in a nearby town of Vail. This cave is a must-see beautiful tourist attraction and having been many years for me going into a cave that had these similar features (the last one was the majestic Luray Caverns in Virginia), I’ve definitely had a deeper appreciation for the geological remains that are discovered here and came to realize again why caves are so well admired by anyone who hears about them. The Colossal Cave, located in the Colossal Cave Mountain Park, can educate us into a closer look into the wonders that were produced before this became a dry cave.

Table of Contents show
1 Watch me explore this
2 A little bit about Colossal Cave
3 Booking a tour of Colossal Cave
4 Other things to check out by Colossal Cave Mountain Park
5 Fun facts
6 Pin it!
6.1 Liked this post? Share this:
6.2 Like this:
6.3 Related

Watch me explore this

A little bit about Colossal Cave

As I’ve mentioned, this cave is a dry cave, meaning it no longer produces those funny but impressive sharp finger and kidney-like formations that juts out of the walls of caves called stalactites and stalagmites. Stalactites are limestones that hang from above (and it takes 1000 years for them to grow an inch in length!!!) while stalagmites are the limestones that appear from the ground. Interestingly, Colossal Cave is considered to be one of the only 5% dormant caves of the world.

While searching for stray cattle, Colossal Cave was discovered by a man named Solomon Lick in 1879, even though this was a known location to Native Americans as the earliest settlers are the Hohokams. In fact, interestingly but eerily, two mummified bodies were found in this cave and those mummies belonged to the Hohokam Nation. They used to call this cave home as artifacts were uncovered from there.

The Civilian Conservation Corps (CCC), which is a public relief program that provided jobs to the unemployed, had duties to improve the cave during the 1930’s and with what we see now in the cave, we can see the work they did with the steps of where we are stepping on.

The cave became a National Register of Historic Places by 1934.

Booking a tour of Colossal Cave

Touring the cave from the Classic Cave Tour is about 45-50 minutes long and a tour guide will show you each place and explain a thorough guide on the history and what you’re looking at in the cave. There’s 363 stair steps to take through the tour — take precaution because the steps can be steep and be on uneven ground. Nowadays, it is best to make reservations ahead of time since they limit the tour groups. Adult tickets are $18; children from ages 5-12 are $9, and active military adults (with ID) and first responders are $14.

There is also a Ladder Tour, which takes you to explore parts of the cave that have been limited to the public from the 1950’s. This tour is an hour and a half and reservations are required. It’s $35 admission. However, this tour isn’t for everyone because it requires you “to be physically fit, able to scale obstacles, and negotiate tight squeezes”, according to the Colossal Cave website.

Then there is the Wild Cave Tour. It’s the longest tour at 3.5 hours and this is the most adventurous option where you can get through the deepest and darkest corners and it’s only restricted to 16 years old and older. You must also have the same requirements as I mentioned above with the Ladder Tour. There’s an intermediate and advanced option, which varies in prices.

If you’re interested in booking a tour, I would check out this link!

Other things to check out by Colossal Cave Mountain Park

I recommend checking out the gift shop, which is also the same place you should go to to book a tour by walk-ins. You’ll find a great selection of items from gorgeous stone jewelry to souvenir items like magnets and t-shirts and even hard hats with headlamps.

There’s a cafe called the Terrace Cafe with tasty selections of cocktails to wine and beer.

I would also take in the beautiful views you can see outside of the entrance of the cave. It’s so pretty with the lush cacti and mountains from the distant.

You can do picnics and if you really like this view, think about camping out here too. Check out this link for more information on these.

This cave is a beauty to witness and to tour around and it’s just as majestic as the information you’ll find out about it. Here are a few other interesting facts about Colossal Cave:

The Outdoors Vs. The City