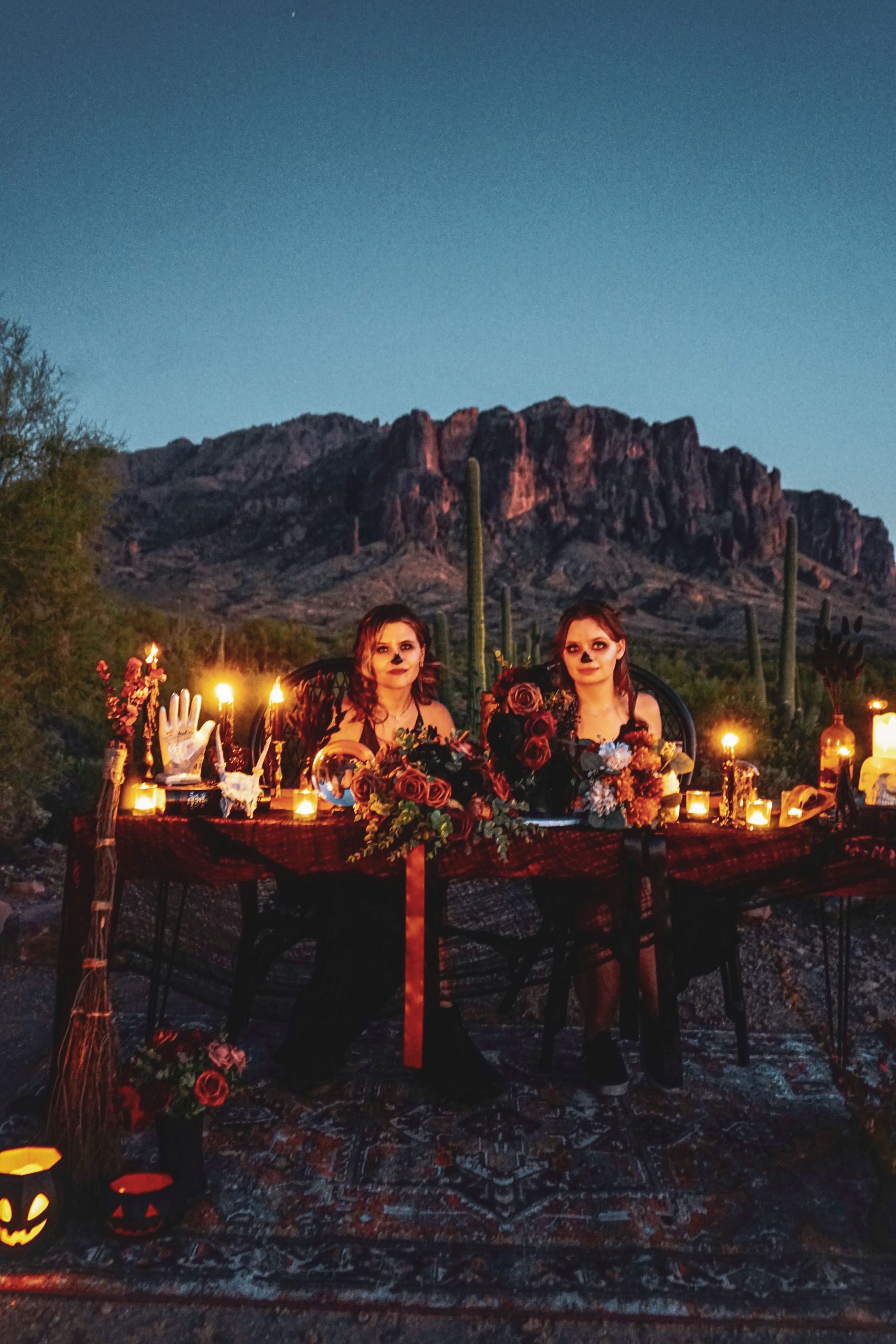 You don’t know how exciting it is for me to actually post about this! I don’t mention it a lot on my blog or to others, but I do some freelance photography (for people) here and there. Most of the time, I like to work on my blog site and rely on my marketing work as my main job, but I would say it is fun once in a while to switch off on different tasks. It may seem like I have a hundred different side gigs, but that’s what makes life so much more interesting. One exciting photo opportunity I got to do was for a spooky styled/Halloween photoshoot!

Collaborations on a photoshoot giveaway

Halloween is almost here and I thought it would be fun to share some of my photo work. I collaborated with one of my friends, Kaitlyn Benincosa, on a giveaway that she held back on August 23 (this event however happened September 21). She also included other small businesses to join in this styled photoshoot giveaway, where the person who got picked would win to have a FREE photoshoot done and are welcomed to bring another friend.

She owns a floral business called Belle Botanical and Creations, where she creates silk, wood, fresh, and even dried floral bouquets, mainly for brides, but her bouquets are great for anything. Alongside the collaboration and beside me, there is a makeup and hair artist, another photographer (who did the day shots!), a cake baker, and an event setup coordinator.

Photoshoot in the Superstition Mountains

Kaitlyn had this brilliant idea to have the photoshoot in the Superstition Mountains, which is my most favorite place in my state of Arizona! It’s also my favorite hiking spot. If you see the mountains, you’ll know exactly from one glimpse why it is my favorite. The intricate shapes of them are amazing and cannot be unseen.

I also love this spot because it is supposedly “haunted” since it has some legend behind it that there is gold called the Lost Dutchman Mine that is apparently hidden in the mountains. Some question if this is a true story, but there are also stories of people going missing after looking for the gold. Very eerie. The whole location with its legends seemed fitting for a spooky photo shoot to do in the Arizona desert.

The photoshoot took place on a trail (location is disclosed so it won’t attract a lot of people), but there is a popular spot in the Lost Dutchman State Park that I have attached at the end of this blog post on my YouTube video that can be a great alternative for photoshoot photography.

I had arrived right when the sun was setting (and came later than I expected due to being stuck driving in traffic where there were 3 accidents on the highways!) and then I ran into camera technical difficulties. Luckily after a few moments, my camera was working shortly again and I got to take some photos, just not as many as I hoped.

The makeup was beautifully done and the girls who won the giveaway had the opportunity to look like ghosts of some sort while they were wearing black dresses. The table set up really set the scene (the table was also made by the business!) and there were a lot of Halloween-themed props including candle-lit pumpkin vases, vintage-looking glass cups, a Persian rug, a broom, and a couple of candleholders. There was a cake (a fake one with a styrofoam base and icing on top) made by a cake decorator/baker that was also being used. And then Kaitlyn had her floral bouquets being used too as props, with pops of color of orange, white, and green. The whole setup was magical to say and made me feel the Halloween vibes again, and I am proud to have produced these spooky photos!

A “made up” story for this spooky photoshoot

There’s a little fun legend story I came up with for this photoshoot and in these pics are two brides who were getting ready to be wedded on their double weddings, but their grooms disappeared into the night in the mountains. We may never know why. But the brides are still haunting others around the Superstition Mountains until this day.

Do a photoshoot at the Superstition Mountains too!

14 Beautiful Places to See in Arizona

Dangers of Hiking in The Desert And Safety Tips