Georgia is a state that comes to mind when people think of peaches, hence why it’s called “The Peach State”, since becoming the state fruit in 1995. Georgia is full of farmlands, beaches, and mountains, and it has the famous Georgia swamp called The Okefenokee, which is 400,000 acres of canals that provide a sanctuary for endangered species and other wildlife. It’s home to a few amusement parks like Six Flags Over Georgia and Wild Adventures.

Its capital city, Atlanta, has the Martin Luther King Jr. National Historic Site, where it played an important part in the Civil Rights Movement, as well as Civil War and The Olympics. Want to find historic architecture? Savannah is a beautiful quaint city that will have you experience Georgia’s historic district with cobblestone parks and 18th to 19th century architecture with live oaks and Spanish moss becoming the eye candy to tourists. 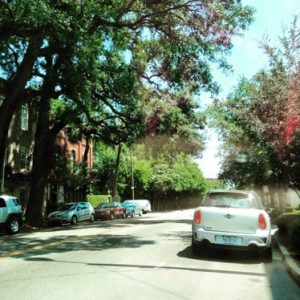 A Day in Savannah, Georgia